The US government has announced a number of initiatives in recent weeks aimed at helping ease the violence from drug gangs fighting each other for control of lucrative cross-border trade routes.

The White House plans to tighten controls at the US-Mexico border to halt weapons-trafficking to Mexican cartels and is hoping to send Black Hawk helicopters to help Calderon defeat the drug gangs.

Mexican officials want the White House to reinstate a ban on assault weapons that expired in 2004.

Mexican police estimate that about 90 per cent of weapons used by Mexican gangs, including as the Gulf and Sinaloa cartels, come from the US.

On Wednesday, Janet Napolitano, US homeland security secretary, also named Alan Bersin, a former justice department official, as a “border czar” in charge of imposing order at the border.

Calderon declared a war against the country’s drug gangs shortly after taking office in 2006, sending thousands of troops to the border, a move which sparked an explosion of violence from the cartels.

In addition to discussions on drugs violence, Obama is expected to focus on trade relations, which have been strained since last month when Mexico placed about $2.4bn in tariffs on 89 US products, after Washington had in turn cancelled a programme permitting some Mexican lorries to operate in the US.

The US move violated the North American Free Trade Agreement (Nafta) and Mexico’s retaliation sparked anger among US companies which have urged an end to the dispute.

Immigration reform is also on the agenda, as Obama is expected to draft legislation later this year permitting illegal immigrants to become legal citizens in a major overhaul of the US immigration system.

Mexicans currently form the largest immigrant group in the US. 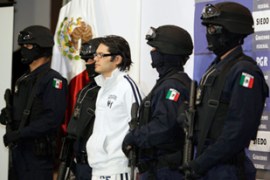 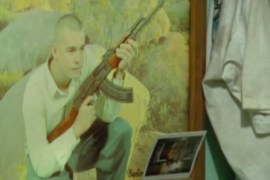 Teresa Bo reports on how the culture of the drug traffickers has taken hold.