One person died during riots earlier in the week, authorities confirmed on Sunday, although the cause was not immediately clear.

The parents of Valeriu Bobob, 23, said their son had been beaten while in custody, a charge police deny.

Alla Meleka, an interior ministry spokeswoman, said an investigation into the death was underway.

Voters’ lists will be re-examined during the recount in observance with the demands of the opposition, Pulbere said.

“These two issues are closely linked. You cannot do one without the other,” he said.

“We are all Christians and it is understandable that you need time to think about this,” he said, referring to the commission.

“If there are problems or complications of any sort, the constitutional court, at the request of the Central Election Commission, can still extend the deadline,” he said.

The disputed results gave the Communists nearly 50 per cent of the vote, enough to take 60 seats in the parliament.

That left the party one seat short of the number required to ensure victory for their candidate when the national assembly later elects a president to succeed Voronin, who cannot run again.

The vote had been given a clean bill of health by election monitors from the Organisation for Security and Co-operation in Europe.

Voronin has said that his request to hold a recount was made in order to help promote stability in the country but he has said that opposition parties had plotted a coup.

He also accused Romania, Moldova’s neighbour, of stirring up the protests, a claim denied by Bucharest. 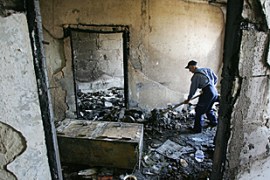 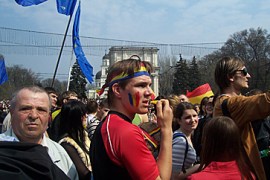 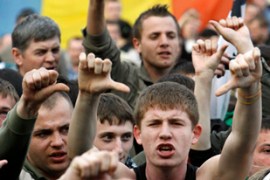 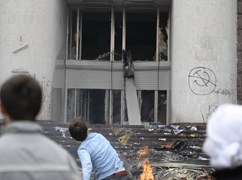 Nearly 193 people arrested for hooliganism and robbery after anti-government rally.