“If we move forward with such a meeting, it is expected that Iran would be invited as a neighbour of Afghanistan,” Clinton told a news conference in Brussels.

US officials said no final decision had been made on a venue for the conference, but Frank-Walter Steinmeier, the German foreign minister, told reporters it would probably be held in the Netherlands.

In a sharp turnaround from the previous US administration, Barack Obama, the US president, has said he wants to talk to Iran on a range of issues and the conference invitation would be the start of a diplomatic outreach to Tehran.

Obama has ordered a renewed focus on the war in Afghanistan, and plans to send an additional 17,000 troops to the region in an effort to turn the conflict around.

The United States is said to be doing a review of their isolationist policies towards Iran, including whether to open a low-level diplomatic office in Tehran.

However, Washington remains at odds with Tehran primarily over its nuclear programme which Washington says is aimed at building an atomic bomb.

Tehran says its programme is for peaceful power purposes.

“Our task is to dissuade them, deter them and prevent them from acquiring a nuclear weapon,” Clinton said.

She has said Iran’s nuclear programme will be among items topping the agenda when she holds talks with Sergei Lavrov, the Russian foreign minister, on Friday in Geneva.

The United States cut off diplomatic ties with Tehran during the 1979-1981 US hostage crisis, in which a group of Iranian students held 52 US diplomats hostage at the American embassy for 444 days. 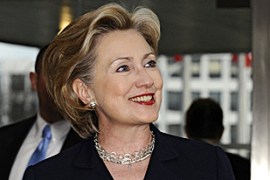 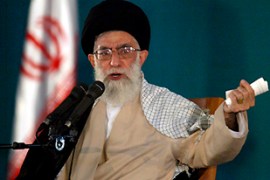 Clinton hits out at Iran 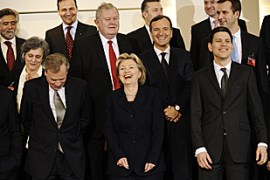