The talks in Jordan comes two days after Hillary Clinton, the US secretary of state, announced that she was sending Feltman and Dan Shapiro, the White House envoy to the Middle East, to Damascus to push forward a regional peace initiative.

It is the highest-level US delegation to be sent to Damascus in four years, and may arrive in the country on Saturday.

Bashar al-Assad, the Syrian president, is believed to be receptive to easing relations with Washington in the hope that improved ties can help boost Syria’s struggling economy.

After eight years in power, al-Assad has tightened his grip on the nation and opened up a previously isolated economy.

However, the country’s oil exports have depreciated in value and output and its vaunted food self-sufficiency has been undermined by a prolonged drought.

US economic sanctions have also furtheer depressed the Syrian economy.

Between 30 to 40 per cent of Syria’s population are believed to be living in poverty. 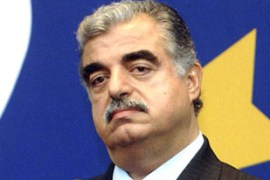 Hariri tribunal opens in The Hague 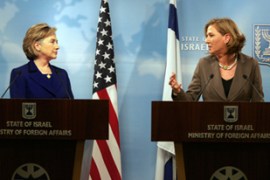 PA president and prime minister to call for action on Israeli settlement building. 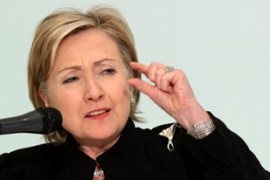 US maintains tough line on Hamas at Egypt talks where $5bn is pledged to rebuild Gaza.