Calderon acknowledged some Mexican officials had helped the cartels but said the US should ask itself how many of its own officials were implicated.

“It is not an exclusively Mexican problem, it is a common problem between Mexico and the United States,” he said.

“I want to know how many American officials have been prosecuted for this [corruption].”

Calderon, who has deployed more than 36,000 troops to the troubled Mexico-US border regions to crack down on violence, also said that the US must halt the flow of weapons into Mexico, where the police and security services are often outgunned.

But he said recent talks with Barack Obama, the US president, had provided “a clearer, more decisive response, one which matches the magnitude of the problem which we face,” he said.

Mexican border cities, such as Ciudad Juarez have suffered the brunt of the violence
prompting concerns in Washington that the killings and attacks could cross over into the US.

On Wednesday at least 20 people were killed during a prison riot in the city sparked by violence between rival gangs.

Mexican authorities have said they plan to have around 7,500 troops deployed in Ciudad Juarez by the end of this week in a bid to quell the violence, along with 2,000 in the rest of Chihuahua state.

Calderon’s comments come as Admiral Mike Mullen, head of the US military, is due to visit Mexico this week as the US is to step up military and other assistance to Mexico in its battle against the cartels.

In February the US department of justice said US and Mexican authorities had arrested 750 people over 21 months in an anti-drug sweep, including 52 members of Mexico’s Sinaloa drug cartel. 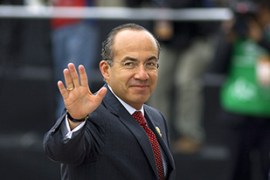 US says Mexico has made progress in battle with cartels but corruption continues. 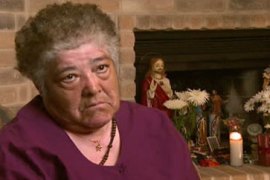 A Mexican family whose relatives were kidnapped in the drug war tell their story. 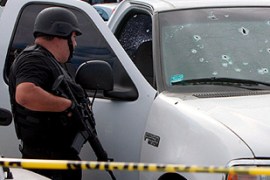 Mexico to beef up drug-zone force

More soldiers to be sent to Ciudad Juarez, the city at the heart of the country’s drug war.

Hundreds detained as part of two year US campaign against Mexico drug cartels.