Khalil said the warrant would “create huge transformation” in Sudan.

“We expect Bashir to refuse attending the trial in person, as is the case with all war criminals,” he said.

“But then he will lose eligibility to govern and legitimacy and therefore his rule will be illegitimate.”

Al-Bashir has rejected the warrant, telling thousands of his supporters in Khartoum, the capital, on Thursday that Sudan was being targeted by Western powers and that the ICC was a tool of colonialists after Sudan’s oil.

“The true criminals are the leaders of the United States and Europe,” al-Bashir, brandishing a cane, told the crowd outside the Republican Palace.

“We have refused to kneel to colonialism, that is why Sudan has been targeted … because we only kneel to God.”

“Sudan represents the voice that says ‘no’ to all attempts of domination. In the past we said no to occupation … and we succeeded in throwing the occupiers out of Sudan.”

Cheers of “We are ready to protect religion!” and “Down, down USA!” interrupted al-Bashir’s speech.

The ICC indicted al-Bashir on on seven counts of war crimes and crimes against humanity, which included murder, rape and torture.

But international response to the ICC’s decision has been mixed.

While the US has hailed the court’s decision, South Africa called it “regrettable” and others echoed Pretoria’s warning that al-Bashir’s arrest could damage peace negotiations.

“South Africa concurs with the African Union’s initial response that the ICC’s decision is regrettable as it will impact negatively on the current peace processes in the Sudan,” Nkosazana Dlamini-Zuma, South Africa’s foreign minister, said.

Earlier China, which buys the majority of Sudan’s oil and is one of the country’s most important trading partners, voiced similar concerns.

“China expresses its regret and worry over the arrest warrant for the Sudan president issued by the International Criminal Court,” Qin Gang, China’s foreign ministry spokesman, said in a statement on the ministry’s website.

“China is opposed to any action that could interfere with the peaceful situation in Darfur and Sudan.”

The Rome statute that set up the ICC allows the Security Council to pass a resolution to defer or suspend for a year the investigation or prosecution of a case.

The UN says that up to 300,000 have been killed in Darfur, where the world body is running one of the world’s largest humanitarian missions.

Sudan maintains that only 10,000 people have died.

A further 2.7 million people are estimated to have been uprooted by the conflict, which began when mostly non-Arab rebels took up arms against the government in 2003, saying they were being marginalised. 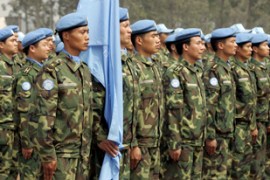 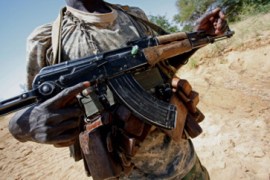 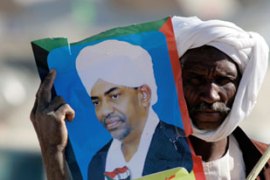 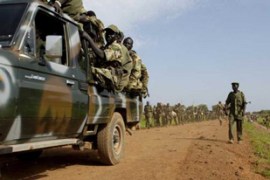