It is the 19th double digit percentage increase in the past two decades.

Li said the its share of the total budget was lower than in 2008 at 6.3 per cent. Defence spending accounted for 1.4 percent of gross domestic product last year.

“The increased part of the budget is mainly used to raise salaries for soldiers as well as spending on military ‘informatisation’, counter-terrorism and internal security,” he said.

That number does not include multi-billion-dollar outlays for Iraq and Afghanistan and some spending on nuclear weapons.

China’s new military budget is similar to that of Russia, Japan and Britain.

Many foreign analysts believe China’s real military outlays are much more than the official budget, but Li denied there were any hidden outlays.

In recent years the US has been increasingly critical of China’s growing military expenditure, saying China needs to be more transparent in its aims to avoid triggering an arms race.

A policy report from Beijing, released in January, said China’s overall security situation had improved but its armed forces needed strengthening to protect Chinese economic interests around the world.

Looking further to the future, the report said China needed to be prepared for conflicts brought about by increased competition for energy and food.

But the white paper also pointed to three major threats it said China faces now – from “separatist movements” in Tibet and Xinjiang; and from US arms sale to Taiwan, the self-ruled island which Beijing regards as Chinese territory.

Relations between China and Taiwan have warmed recently despite Beijing threatening military force to oppose any formal independence move by the island. 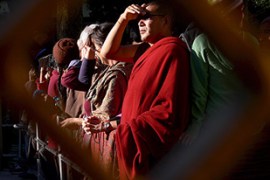 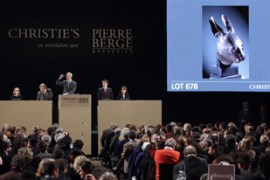 Winning Chinese bidder at Paris sale refuses to pay for looted art in “act of patriotism”. 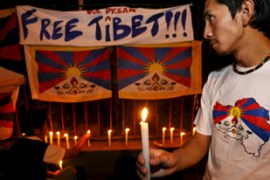