Indonesia took over West Papua – on the western half of New Guinea island – from Dutch colonial rule in 1963.

About 100,000 Papuans have since died in a decades-long campaign for independence.

Yudhoyono, who is looking to win a second term in office later in the year, has pledged to end the conflict in West Papua.

In 2005, his administration brokered a peace deal in the province of Aceh, ending an almost 30-year separatist conflict there.

After agreeing to lay down arms, fighters in Aceh were given greater control over local resources and the right to take part in politics.

Aburizal Bakrie, Indonesia’s chief welfare minister, said he was encouraged by the developments in Papua and hoped to eventually secure a similar agreement.

“These are the first talks. We hope this is the beginning of the end of the problem,” Bakrie said.

The preceding talks in the Netherlands centred on fighting corruption, religious rights in the province, and the possibility of releasing imprisoned separatist fighters, Reuters new agency reported, citing an Indonesian official.

Critics, however, have reacted sceptically to the development, saying little was changed under a 2001 special autonomy agreement for Papua, and human rights abuses continue. 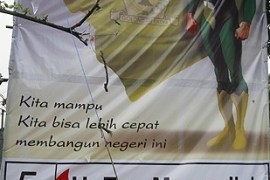 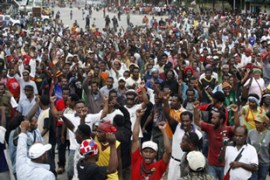 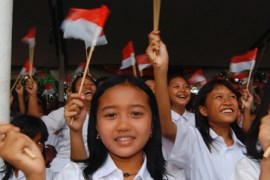 Key dates in the history of Indonesia from independence to the present.

The Australian prime minister has told asylum seekers from the Indonesian province of West Papua that they are not welcome in his country.