“I look forward to receiving a final product that will serve as a strong signal to the executives who run these firms that such compensation will not be tolerated,” the president said in a statement.

The bill would impose a 90 per cent tax on bonuses given to employees – with family incomes above $250,000 – of companies that have received at least $5bn in government bailout money.

It would apply to such bonuses issued since last December 31.

In some cases, the bonuses may be taxed 100 per cent, leaving recipients with nothing.

Charles Rangel, the Democratic chairman of the tax-writing House Ways and Means Committee, said he expected local and state governments to take the remaining 10 per cent of the bonuses.

The House voted 328-93 to pass the bill after just 40 minutes of debate, but that failed to properly reflect the contentious political battle that preceded it.

Republicans accused Democrats of playing to the gallery after dropping the ball in the first place, blaming the majority party for removing a provision from last month’s economic stimulus bill that could have banned such bonuses.

“This political circus that’s going on here today with this bill is not getting to the bottom of the questions of who knew what and when did they know it,” said John Boehner, the Republican House minority leader.

During the House debate, Republicans blamed Democrats for altering at the last minute, a provision in Obama’s $787bn stimulus law to cap executive compensation for firms receiving government bailouts, a measure that may have blocked the AIG bonuses.

Democrats said that decision was the White House’s, with Chris Dodd, the Democratic Senate Banking Committee chairman and author of the provision, saying the administration urged him to modify his proposal so that it would only apply to payments agreed to in the future.

Timothy Geithner, the treasury secretary, defended the removal of the clause, saying the administration was worried about possible legal challenges.

Geithner, who helped orchestrate AIG’s bailout last year as the then president of the New York Federal Reserve, has been accused of not moving quickly enough to stop the bonus payments.

But he reiterated on Thursday that he was not informed of the bonuses until last week. 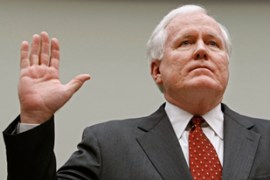 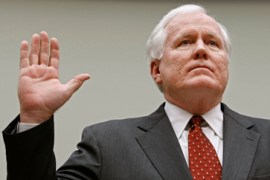 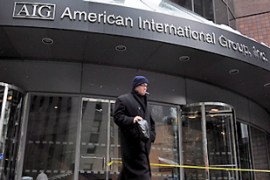 US vows to recover AIG money

Growing anger prompts pledge to get insurer to return $165m it paid staff in bonuses. 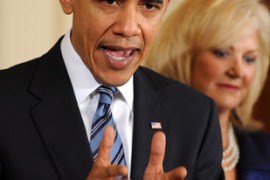 US president calls payments an “outrage” and urges all measures to be taken to stop them.