Japan is expected to be hit hardest in 2009, with an expected economic contraction of nearly six per cent, the IMF said.

The euro zone is expected to decline by more than 3 per cent, while the US economy is forecast to shrink by more than 2.5 per cent.

From Washington to Paris, public anger over the economic crisis has been growing.

More than one million people turned out on the streets of Paris on Thursday to voice their frustration at the French government’s reaction to the crisis.

France’s national statistics agency says its economy is shrinking at its fastest rate in 30 years, and unemployment is expected to hit nearly 10 per cent this year.

The IMF has forecast gradual economic recovery for the world in 2010 to around zero growth, but added that a further cut its projections may be necessary if the crisis intensifies.

Discussion of the IMF reports is expected in London on April 2, when finance ministers of G20 countries will meet world leaders for another round of talks. 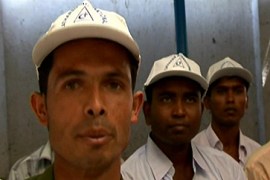 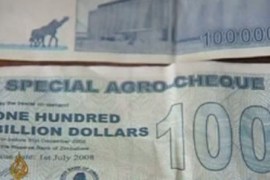 Concerns raised as US central bank prints more than $1 trillion to battle the recession. 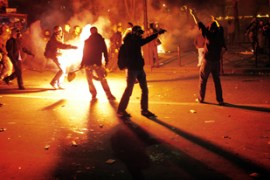 Three million protest across country against government’s handling of the crisis. 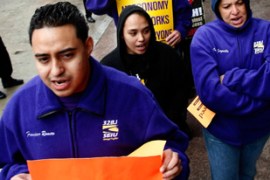