Patxi Lopez, the Basque Socialist leader, said he hoped to be the new leader of the Basque government, despite gaining less votes than the nationalists.

“We have received the best results in [Basque] elections in our history,” he told his supporters.

“I don’t renounce presenting my candidature and gathering the necessary support to be the next head of the regional government.”

Opinion polls before the election showed a rise in support for the Basque Socialists, which analysts attributed to the bid by Jose Luis Rodriguez Zapatero, Spain’s Socialist prime minister, to negotiate peace with the armed separatist group Eta.

Eta is blamed for the deaths of 825 people in its 40-year campaign for an independent Basque homeland.

Polls were also held in the northwestern Galicia province, where Socialists were ousted from power.

The conservative opposition Popular Party won a majority of 39 seats in the 75-seat regional assembly.

The two regional polls were the first elections since Zapatero took office for a second term.

The global financial crisis has since then pushed the country into recession, with  unemployment reaching 13.9 per cent, the highest rate in the European Union. 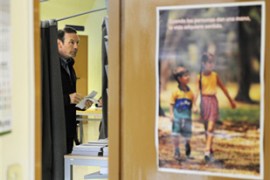 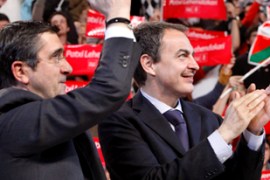 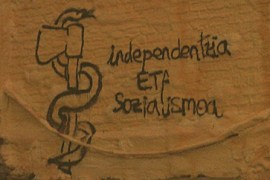 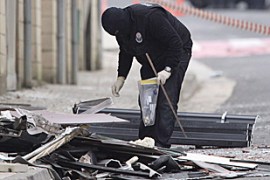