Earlier this week sent its largest fishery patrol ship, Yuzheng 311, to the waters around the Spratly Islands, a cluster of islets and atolls that lie north of the island of Borneo.

The deployment came amid a renewed focus on the disputed territorial claims in the South China Sea, and follows a recent confrontation between Chinese vessels and a US naval ship in the area.

Washington has lodged a formal protest with Beijing over the incident and said its ship, the USS Impeccable, was operating in international waters.

The US has since dispatched destroyers to operate as an escort for the unarmed surveillance ship.

China says the Impeccable was operating illegally in what it claims as its exclusive economic zone in the South China Sea.

Announcing the proposed increase in patrols in Thursday’s China Daily, Wu was quoted as saying the steps were aimed at protecting “China’s rights and interests”.

As well as being surrounded by rich fishing grounds, the Spratly islands are also thought to have significant oil and gas deposits.

In addition the islands straddle strategically important Asian shipping lanes, with over half the world oil tanker traffic passing through the area and 80 per cent of China’s oil imports.

The Spratlys are claimed by China and in full or in part by Taiwan, Vietnam, the Philippines, Malaysia and Brunei, several of whom have recently moved to bolster their own claims to the islands.

Last week the government of the Philippines passed a law laying claim to some of the disputed islands in the Spratlys chain.

Beijing has called the law “illegal and invalid”, but many in the Philippines and elsewhere in the region see China’s increased patrols as a flexing of its military might. 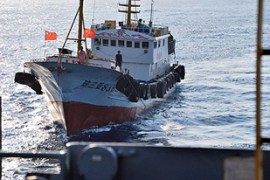 China hits back in US navy row 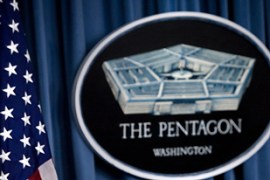