Interpol are not able to take action to bring Ismail back to Egypt until his case is referred to  the Egyptian supreme court, his last option for an appeal against the guilty verdict.

Most of the 1,400 passengers on board the ferry were Egyptian migrant workers.

Ismail’s acquittal in the first case in June 2008 sparked anger among the victims’ families.

They said he was being protected because he was a member of Egypt’s upper house of parliament at the time of the ferry disaster.

Two other defendants each received in absentia sentences of three years in prison, overturning earlier acquittals, a court official said on condition of anonymity.

Ismail had said he was not responsible for the incident and said that the ferry’s captain had overestimated the crew’s ability to fight a fire that had broken out on board.

Ismail was ordered in June 2006 to pay 330 million Egyptian pounds ($57 million) towards compensating victims of the disaster in exchange for the lifting of a freeze on his assets.

A 2006 parliamentary commission of inquiry said that Ismail’s Al-Salam company was responsible for the disaster.

It concluded that the vessel had put to sea despite having “serious defects”.

It also said the government “failed to manage the crisis adequately” in the wake of the ferry’s sinking. 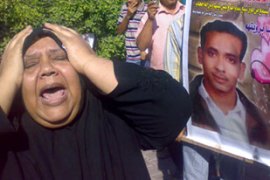 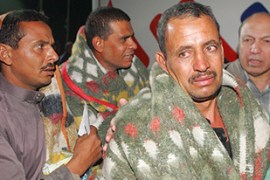 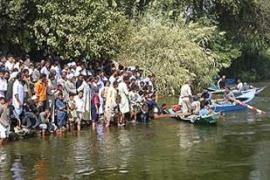 Search on for missing passengers after ramp linking vessel to river bank collapsed.

The black box has been recovered from an Egyptian ferry that sank in the Red Sea, killing 1000 people.