Brigadier-General Qassim Atta, a spokesman for Baghdad army command operations, said: “The suicide bomber targeted a tour of the tribal leaders under the command of Major-General Mared Abdel Hassen [the head of tribal affairs in the interior ministry] and other officers in the market near the town hall.”

The Cairo-based Baghdadiya TV said that one of its correspondents and a cameraman who had been covering the reconciliation meeting were killed in the blast.

Three other journalists were injured in the attack.

First Lieutenant Ahmed Mahmoud, a police official in Abu Ghraib said that at least 29 people, including schoolchildren, had been wounded in the blast.

The Abu Ghraib bombing came two days after 28 people were killed and 56 injured in a suicide attack outside a Baghdad police academy.

While there has an overall drop in the level of violence across Iraq in recent months, Iraqi soldiers and police officers are often targeted by opposition fighters.

Reconciliation among rival political factions is proving even more difficult than combating fighters.

Many factions remain hostile after six years of sectarian killings between Iraq’s Sunni Arab minority, dominant under Saddam Hussein, the former president ousted by the US, and the country’s Shia majority.

The US is set to begin reducing its troop levels in Iraq, currently standing at about 140,000, before a full withdrawal by the end of 2011. 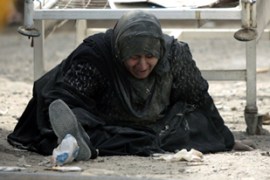 At least 28 killed and scores wounded in suicide attack on Baghdad recruitment centre. 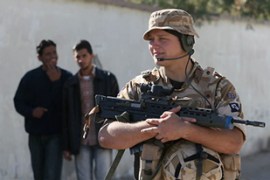