In his first interview following the Israeli offensive on the Gaza Strip, Dr Mahmoud al-Zahar, a senior Hamas leader and member of the movement’s political bureau, talks to Al Jazeera, from Cairo.

Al Jazeera: What is the political meaning behind Hamas sending a delegation to Cairo at this time?

Zahar: The main motive behind this issue is to rebuild what the occupation has demolished – the crimes which the whole world has witnessed and its serious impact on humanity.

The truce has to be upheld on conditions that are not unjust to the rights of the Palestinian people. Particularly to give them a chance to rebuild the houses that have been demolished, the mosques, hospitals, schools and others.

My attendance, along with a delegation of senior [Hamas] figures, reflects the real desire of Hamas’s leadership inside and outside the Palestinian territories to end this crisis by upholding the truce in a way that guarantees the rights of the Palestinian people. To give them back their rights in rebuilding what the occupation has demolished via a ceasefire.

Al Jazeera: Is it believed such a truce would be for the benefit of the Palestinian people and Hamas and to lift the siege imposed on the Strip?

We have repeatedly explained the concept of resistance. The resistance is, first rejection of the occupation and the injustice, the resistance is rejection of abuse of rights. This idea led to [the emergence] of Hamas, the Islamic resistance movement, under this name, before it fired a single bullet at the Jews.

Therefore, we want to continue the comprehensive programme of the resistance. But we also want to give ourselves a chance to rebuild what the occupation has demolished – as long as the Israeli side will stop its aggression against the Palestinian people.

Al Jazeera: Do you think the movement’s leadership in Damascus, which watches what is happening in Gaza far away on TV and does not witness the real suffering of those in their houses in Gaza, do you think this leadership will espouse this ideology?

The previous experience was a failure. We do not to repeat such a failing experience, because eventually, we will eliminate the principle of a “free” truce.

I believe that we have maintained the movement’s unity for a long time and are fortified against any division, like what happened in other factions.

Al Jazeera: Is not it true that your daily life is confined by the geography of Egypt, while those in Damascus are confined by their presence in Syria?

What has weakened the Palestinian Liberation Organisation (PLO) is its experience of this game of sides. We do not want to repeat this experience.

We are with all those who back the resistance’s programme.

That is why we call for the reorganising and restructuring of the PLO in order to become strong and capable of talking on the behalf of the Palestinian people inside and outside [the Palestinian territories].

This PLO in its current state cannot take a step forward. What is frozen cannot move. That is why we want to push the PLO to revive its activities.

Our relation with the whole Islamic world must be good.

Al Jazeera: Can we expect a truce announcement within days in Cairo?

Zahar: We carry the vision of the movement’s leadership from inside the Palestinian territories and have an idea now of the latest developments [in Cairo].

I have started talks with real intentions to end this crisis.

We will make enough effort to reach an honoured agreement that guarantees the Palestinian people’s rights and dignity.

Al Jazeera: What about the political differences in remarks made by Hamas’s elder leaders and those of its young activists, who tend to use more moderate language?

Zahar: Hamas is known for having a clear language. We never play the game of distributing roles, because distributing roles classifies people and eventually leads to … [division]. We do not have the issue of ‘hawks and pigeons’.

The problem sometimes lies in understanding media and media figures who sometimes try to incorrectly divert words. Just like what happened with Khaled Meshaal’s recent remarks on the resistance’s programme – it was misinterpreted as an “alternative” to the PLO.

Al Jazeera: So Meshaal’s remarks did not refer to the structure of the PLO … ?

Zahar: To make it simple, we have three strategic options; we have achieved one of them but still have not achieved the other two.

The first option: We adopted the jihadi legitimacy, we were requested to obtain the constitutional legitimacy and we already did so through the legislative and municipal elections. The institution remained as it is, but its content, which had a specific type, acquired another type.

We want to gain international legitimacy, Arab legitimacy and all what the PLO has earned through elections, we want to enter the PLO. If we were a minority, we would respect that, and if we were a majority, they would have to respect that.

That is why we are keeping with the PLO, with its structure not its programme, as 28 items of it have been removed.

Al Jazeera: As a Hamas leader, do you think that after the crisis of the Rafah border crossing and others, Hamas’s relations with Egypt are improving or … ?

Zahar: It has to improve. It is against the benefit of Egypt, Hamas and the Palestinian people to have tense relations between any Palestinian faction, particularly Hamas, and any Arab country.

Therefore, our relation with Egypt must improve.

Those who view Hamas as an enemy to Egypt are wrong. Those who believe that Hamas may be dangerous to the national security of any Arab state are wrong.

Al Jazeera: Do you view your movement as a resistance group or as a branch of the Muslim Brotherhood group?

It is wrong to be confined by a particular experience.

We are not the ones that may weaken the Arab or the Islamic stance. Our vision is to keep the Islamic nation alert and active.

This Islamic alertness must be correctly exploited.

Al Jazeera: Will Hamas prosecute or hold accountable those proved to be involved in operations against Hamas’ respect of human rights?

Zahar: First, we must bear in mind that Hamas fears God before any other thing. We strongly believe in God’s rules on injustice.

Injustice is a big issue for us. However, we should differentiate between … for example, during the past period of time, some people wrote on walls in Gaza “welcome to the Israeli defence army”. Those who write such a thing, how can the Palestinian people interpret this? Other people felt forced to demolish these walls because it is a real shame.

Some of the collaborators who were held in prisons in Gaza escaped during the war.

People whose interests are related to Israel’s wanted to spark this serious case to help in achieving the war objectives. We had to face these people’s attempts. 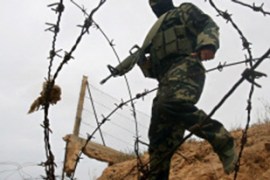 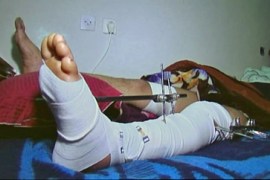 Israeli military says rocket from Gaza set one car on fire and damaged two others. 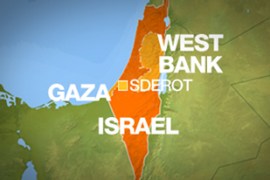 Abbas says a unity government will deprive Israel of its pretext for blockading Gaza. 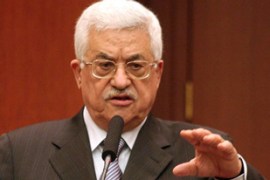