“Russia’s return to the region is very important,” Morales said.

The pair also signed a declaration outlining their similar positions on global issues and opposition to policies by the United States, such as the embargo against Cuba, plans for a missile defence shield in central Europe and Nato expansion.

Neave Barker, Al Jazeera’s correspondent in Moscow, said a deal with Gazprom “would allow Russian experts to travel to Bolivia to help the nation exploit its own raw materials,” as Bolivia has the second largest gas deposits in the whole of Latin America.

“All of this is going to be sending a clear and perhaps negative signal to Washington that Russia is prepared to regain ground in what was during Soviet times a key ground, a key area for the Soviet Union, and undoubtedly modern Russia wants that to be the case now also. “

Medvedev said he hoped to boost security ties with Bolivia, and to reach a deal on providing helicopters soon.

“We hope that implementation of the first large contract, for the supply of Russian helicopters to Bolivia, will begin in the very near future,” he said.

In November, Morales banned the US Drug Enforcement Administration from working in Bolivia, after accusing the agency of spying and conspiring to overthrow him.

With regard to energy, Medvedev said Gazprom had signed memorandums to establish a “strategic project” for long-term involvement in Bolivia.

“We are talking about the Russian side helping our friends from Bolivia in the development of hydrocarbons and the construction of a gas transport system on the territory of Bolivia,” Medvedev said. 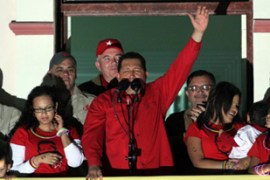 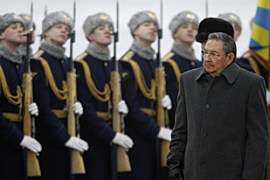 Raul Castro in Moscow for talks