In the run-up to Kim’s birthday celebrations, state media reported a festive mood across the country, with arts performances, sports competitions, a film festival and other commemorative events planned.

Footage from APTN North Korea showed uniformed soldiers and visitors touring an exhibition of Kimjongilia, a red flower cultivated in Kim’s honour, taking photographs before hundreds of flowers flanked by a small replica of a missile.

But just across the border there was a different kind of celebration, with defectors and activists releasing balloons containing tens of thousands of leaflets, ignoring a warning from the South Korean government that the action could provoke Pyongyang.

On Monday activists for the first time stuck North Korean cash into some of the vinyl leaflets in an effort to entice North Koreans to pick up the propaganda.

Suzanne Scholte, chairwoman of US-based North Korea Freedom Coalition, said the leaflet campaign is a way to provide North Koreans with “true information about their circumstances”.

“It is more important than ever that North Koreans realise that the greatest threat to their wellbeing and security is their own dear leader,” she said while leafleting at the border town of Imjingak.

“It has been reported that the North Korean authority is not handing out the dear leader’s birthday treats this year,” said Park Sang-Hak, a leading activist and defector from North Korea.

“We’re sending this money today so that our fellow North Korean people can buy food.” 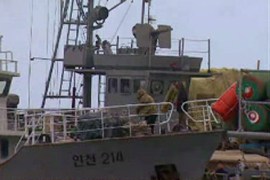 South Koreans come to terms with escalating tensions with the North. 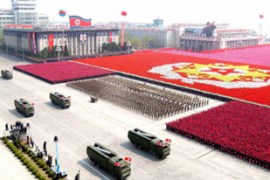 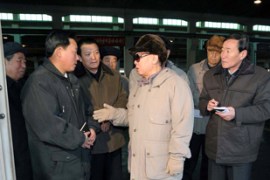 President says “unwavering” position better than getting poor results by being “nice”. 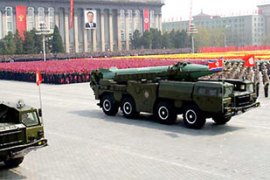 Reports say preparations for test of missile capable of hitting US west coast.