He told Le Monde newspaper that he now had 80 per cent of the army behind him, but added: “I am not talking about generals, for them there is also the issue of money.”

Negotiations were launched last week between Rajoelina and Ravalomanana.

Riots, looting and clashes with police have left about 100 people dead since the crisis erupted last month.

Rajoelina, who declared himself in-charge of the country in January, said in the Le Monde interview that he would no longer negotiate with someone “who has blood on his hands”, referring to Ravalomanana.

As thousands massed on Antananarivo’s streets in support, opposition leaders sought to take up government offices in defiance of the ruling party.

Madagascar’s security forces, however, blocked their entry to government buildings.

The African Union, meanwhile, has expressed its concern over the situation, urging both sides to “refrain from any action” that could worsen the crisis.

Over the weekend, Ravalomanana and Rajoelina held rival rallies in Antananarivo that ended peacefully, despite taking place only one kilometre from each other.

Ravalomanana had told a crowd of about 35,000 that he intended to remain president “until the end of my mandate” in late 2011. 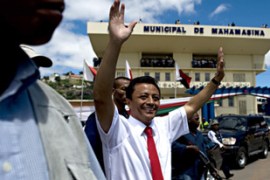 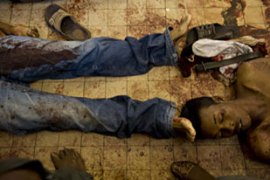 Madagascar opposition ‘to fight on’ 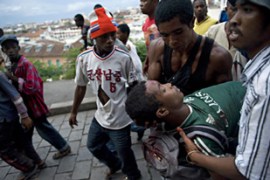 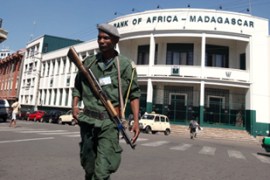 Capital city’s top official is fired after he asks president to step down.