Later Palestinian sources told Al Jazeera that the man had died in a “work accident”.

The attacks on the Gaza border followed the firing of two rockets from the northern Gaza Strip into southern Israel early on Monday by Palestinian fighters.

The rockets exploded without causing any casualties, an Israeli army spokesperson said.

One of the rockets hit a farm, causing slight damage, while the other struck wasteland.

The attacks are the latest between the two sides following a ceasefire declared on January 18, after Israel’s three-week offensive in the Gaza Strip in which more than 1,300 Palestinians were killed.

Talks, brokered by Egypt, are ongoing to establish a lasting truce between Palestinian factions in the Gaza Strip and Israel, and opening Gaza’s borders to allow humanitarian supplies into the territory.

But Ehud Olmert, the Israeli prime minister, said on Saturday that no deal will be struck until Gilad Shalit, an Israeli soldier captured by Palestinian fighters in 2006, is released.

Hamas, which rules the Gaza Strip, has said that Shalit’s release had never previously been a factor in the truce discussions. They were rather part of separate negotiations on a prisoner exchange.

Mark Regev, an Israeli government spokesman, told Al Jazeera: “Shalit has always been a top priority for us. We want him out.”

“We understand that there will be a price to be paid – that Hamas will want some of its terrorists out of jails. And I think that we are ready to pay such a price,” Regev said.

“But the deal is not done … There is only one result here and that is that our serviceman is released. Everything else is unacceptable,” he said.

Mike Hana, Al Jazeera’s correspondent in Gaza, said that Israeli elections last week has altered the negotiations as the demands of a right-wing majority coalition, which is likely to take power in the coming weeks, now has to be considered in the talks.

“The goalposts have moved. That is the general situation and belief here in Gaza,” Hana said.

“I spoke to a very senior Hamas official, he said that as far as they was concerned a series of agreements had been reached, through the Egyptian intermediaries, with the Israelis concerning the opening of the crossings, concerning who exactly should police the crossings with regard to Rafah [on the Egyptian border] … and a long lasting truce,” he said.

“In the last 48-hours Gilad Shalit … has suddenly come up on the negotiating table.

“That had been part of a totally different set of negotiations for a long period of time. It has suddenly come up as a central part of the negotiations concerning the truce.” 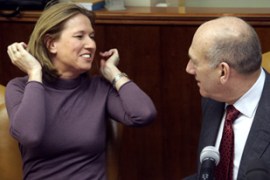 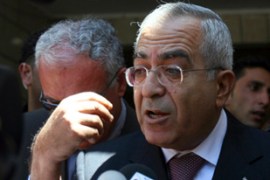 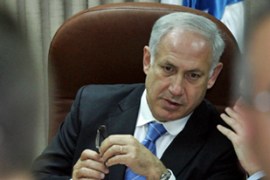 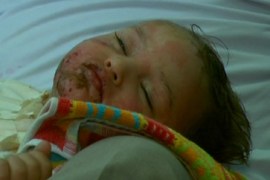