Damascus has denied accusations that it was involved in the killing.

The US-led invasion of Iraq, with which Syria shares a border, also created a deepening rift, with the Bush administration accusing Syria of allowing foreign fighters to cross into Iraq.

In October, the US military crossed into Syria to attack what American officials said was a senior al-Qaeda figure. Syria said the raid killed only civilians and closed two US institutions in response.

However, in remarks earlier in the week al-Assad called for a dialogue without conditions with the Obama administration.

Smith said that his talks with al-Assad had been an “excellent beginning” and voiced optimism for “a fresh start in our relationship with Syria” under Obama.

“We are very optimistic in the US with our newly elected President Obama that we have an opportunity for a fresh start in our relations with Syria,” Smith told reporters at Damascus International Airport before leaving the country.

“We also believe that we have common interests,” he said, although “we are mindful of the fact that there are many, many difficult and sensitive issues to get past”.

After taking office, Obama said Syria had to be taken into account in US efforts to stabilise the Middle East, although the first trip to the region by his Middle East envoys did not take in Damascus.

“I do think that it is impossible for us to think only in terms of the Palestinian-Israeli conflict and not think in terms of what’s happening with Syria or Iran or Lebanon or Afghanistan and Pakistan,” Obama told Al-Arabiya television. 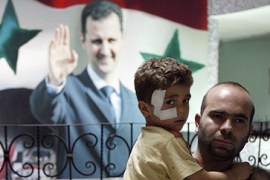 Many believe nothing will change in US Middle East policy. 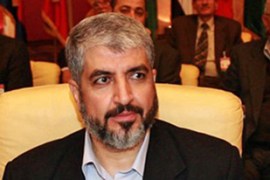 Syria: ‘Cut all ties with Israel’