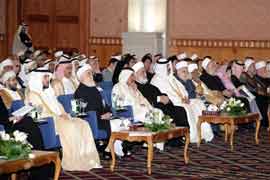 The Iranian influence on Shia communities in Iraq, Lebanon and other parts of the Muslim world has become a serious concern of the governments and people of Arab and Muslim countries.

Accusations against Iran, of meddling in Arab countries’ internal affairs using its influence among Shia Arabs, have been surging in the light of increasing indications that Shia Iran is promoting its sect among Sunni Arabs to boost its regional role.

In Jordan, a predominantly Sunni Muslim country, members of parliament have voiced their fears of some active Shia agents working on convincing poor Jordanian families to embrace the Shia sect.

Khalid al-Bazaiya, a Jordanian MP, told Aljazeera.net: “We informed the prime minister. I cannot say we have the material evidence yet, however, we cannot say the Shia missionary activities do not exist in Jordan.”

According to the Iraqi ministry of foreign affairs, many Iraqis were banned from entering Jordan in the past two weeks because they were Shia.

Labid Abbawi, deputy minister of foreign affairs, said on Tuesday: “Iraqi nationals have been asked whether they were Sunni or Shia by Jordanian borders agents. We had dealt with this issue some months ago, and the Jordanian authorities responded quickly; we do not know why the same thing is happening again.”

The accusations took a serious turn when King Abdullah of Saudi Arabia confirmed his awareness of the Iranian activity in this regard.

King Abdullah told al-Seyassah, a Kuwaiti newspaper, last month: “We are keeping an eye on the process … However, we believe that these bids will not fulfil their target, because the vast majority of Muslims are Sunni, and they will not give up their belief. There are conferences being held to bridge the gaps between Muslim sects, I hope they would be good enough to clear things so each party would know its limits.”

At the Doha Conference for Dialogue of Islamic schools of thought in January, there was a fierce confrontation between Sunni and Shia scholars.

Sunni speakers blamed Iran for sowing seeds of sedition in Arab countries, while Shia speakers argued that all Muslims’ efforts should be united against Israel.

Sheikh Yusuf al-Qaradawi, head of the International Federation for Muslim Scholars, criticised Iran for trying to promote Shia beliefs in Sunni Muslim countries, and said that such attempts might provoke resentment against Shia.

He said: “It is not right for a sect to try to promote its belief in a country that fully embraces different sect. What is your interest in going to a Sunni country like Egypt, Sudan, Morocco, Algeria or any other Sunni Muslim country, and try to convince people to convert to Shia? How many will give up their belief? Eventually, you will be cursed and people will hate you.”

Muhammad Hussain Fadl Allah, a Shia Lebanese cleric, said in a speech read on his behalf by his son Ali that Muslims must be brave enough to jump over their differences and sit together to talk and reunite again.

Iran has consistently denied the accusation and blamed the acts on some Iranian non-official organisations. Some Shia leaders believe that it is not the right time for Iran to get engaged in such acts.

Sheikh Hadi al-Khalisi, a London-based Iraqi Shia Muslim scholar, told Al Jazeera: “Iran has recently closed a newspaper [Siasat Rouz] for insulting Sunni Muslims. This shows how Iran cares at least in the time being for a stable relations with Arab countries.

“Some non-governmental Shia organisations might get involved in such acts as the case in al-Khartoum’s book exhibition, when the Iranian government denied anything to do with those insulting books.”

Ahmed al-Katib, a senior Shia thinker and writer of the book The Development of Shia Thought, agreed with al-Kahlisi and said he believes that Iranian intelligence may take the opportunity and benefit from Shia missionary acheivements.

He said: “I went to Sudan in 1986 to spread Shia beliefs in that country, and I succeeded to establish a Shia movement in Sudan that is active until this day. I was a member of the Islamic Labour Organisation, a Shia Iraqi opposition organisation based in Iran.

Lessons from the past

Some political analysts believe that the reasons behind Iranian interest in embracing the Shia sect are rooted in a desire to revive Persia’s ancient glories, and territorial ambitions.

Salah al-Mukhtar, an Iraqi thinker, said Iran’s internal and external interests oblige it to stick to the Shia sect.

Al-Mukhtar said: “Persians constitute only half of Iran’s population. They are not a huge majority; they want something to keep other Iranian ethnicities like Arabs and Azeri united within Iran.

“Externally, the current Iranian regime has learnt from the mistakes of past Iranian rulers. The late Iranian Shahs Reza Pahlavi and his son Mohammad based their rule on nationalism, which put them in direct confrontation with Arabs, who are also proud of their nationalism.

“Added to that, the history of hostility between Arabs and Persians prevented any positive communication with a Persian Iran. The current Iranian rulers have used Shia Muslim belief to win Arab and Muslim support, they are using it to sneak into Arab communities and marginalise them.”

Accusations against Iran have appeared in Arab media, where writers reported incidents of Iranian missionary activities trying to convince the Arab Sunni majority in several countries to convert to the Shia sect.

Echorouk, an Algerian newspaper, reported recently that a number of parents in Tibsa Province had written a letter to the education department giving warning of Shia beliefs being fed to their children at school.

The parents urged the authorities to deal with attempts by some Shia teachers to promote their belief among schoolchildren. Algeria is a predominantly Sunni Muslim country.

Iran’s influence has increased greatly in Iraq since the US invasion in 2003, and in Lebanon after Hezbollah’s war with Israel last summer, when the group, which has been publicly endorsed by Iran, achieved some remarkable military gains. 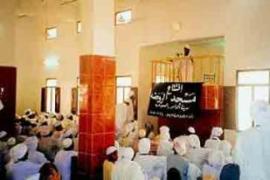 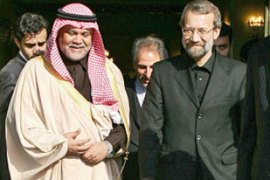 King Abdullah says ‘Shia proselytism’ in the region will not ‘achieve its goal’.