However, it comes a day after the AU adopted a resolution calling for Western countries to lift sanctions against Zimbabwe and take steps “to help ease the humanitarian situation in the country”.

“I think that everybody today should help Zimbabwe to rebuild its economy, because an agreement has been reached,” Jean Ping, the African Union head, said on Saturday.

The AU asked all members and partners “to solidly back the implementation of a comprehensive pact” to end the political deadlock in the country.

Zimbabwe’s Movement for Democratic Change (MDC) has agreed to join a unity government led by Robert Mugabe, the country’s president, putting into effect a power-sharing deal under which, Morgan Tsvangirai, the MDC leader, would become prime minister.

Regional politicians, who have been brokering a compromise between the Zimbabwean rivals, are pressing for the unity government to be formed by February 13.

The country has been in political limbo since disputed polls held last March. The economy has deteriorated to the point that most Zimbabweans cannot buy food and a cholera epidemic broke out last August.

The European Union last week tightened sanctions on Harare by adding more than 60 Mugabe allies and companies to an assets freeze that bans them from travelling to, or trading with, EU nations.

He has asserted his desire to bring the Horn of Africa country – where 3,500 AU peacekeepers are stationed – back into the regional fold.

Recent instability in Madagascar also led the AU’s Ping to warn on Saturday that “any unconstitutional change of power will be condemned”.

About 20 leaders from the AU’s 53 members attended the summit on Sunday.

Talks focused on whether the grouping should evolve into an EU-style system for regional governance.

However, many of his counterparts are against relinquishing any sovereignty.

It was indicated by delegates that there was little progress made on the issue during the session. 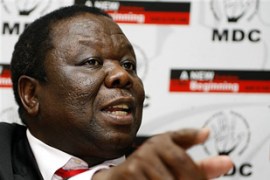 African Union due to meet as Mugabe prepares to share power with opposition party. 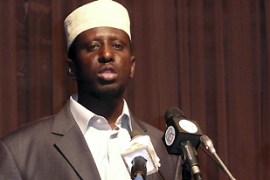 Sheikh Sharif Ahmed says that US position towards Somalia has become ‘honest’.