The Emergencies Ministry said that the fire chief of Perm, a city of nearly a million people, had been fired on Tuesday.

The blaze was caused by an indoor fireworks display that lit wooden branches on the ceiling of the Lame Horse nightclub in the early hours of Saturday morning.

As hundreds of party people tried to escape the premises through a single exit, the blaze quickly spread across the club, killing 118 people.

An Emergencies Ministry spokeswoman said that 105 people remain in burns units in Moscow, the Russian capital, and other cities.

Many of the victims died from inhaling toxic black smoke or were crushed in the stampede.

Putin said hospitals in Perm, 1200km east of Moscow, had not been able to treat the victims properly.

He said: “I do not want to rush to hasty conclusions … but according to the health ministry’s reports the hospitals that they checked are in a dire state and they could not find even the essential medications there.”

Police have arrested the owner and two managers at the club on charges of manslaughter and breaches of fire safety.

Charges have also been brought against the man who organised the fireworks.

Prosecutors say the club was not properly equipped with fire extinguishers and that fireworks should never have been used there.

Russia held a national day of mourning on Monday to commemorate the victims of the fire. 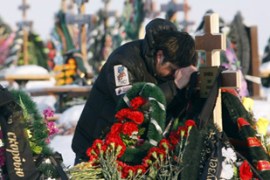 Club owner among those held over fire that killed at least 112 people. 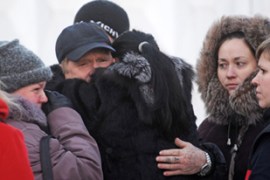 Day of mourning declared for 109 people killed in nightclub after fire and stampede. 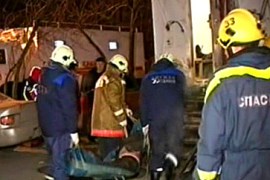 Scores killed and injured after a blast that ripped through a Russian nightclub.