Kristen Saloomey, Al Jazeera’s correspondent in New York, said efforts were under way to establish a multi-lateral approach to sanctions should Iran miss the deadline.

“Diplomatic sources tell Al Jazeera that the United States is considering a menu of sanctions,” she said.

“As for what sanctions might be considered, the United States is reportedly looking at targeting the oil sector with an eye towards destabilising Iran’s economy.

“Of course, it must tread very carefully here – it doesn’t want to be seen as hurting the Iranian people or interfering in any way in Iran’s domestic affairs.”

Several diplomats said the United States and at least some of its Western partners want to avoid hitting Iran’s life blood – its  energy sector – for fear it would trigger a broad-based Iranian nationalist reaction.

They also doubt such sanctions would gain the support of China and Russia, which have been more reluctant than the Western powers to impose sanctions.

Karim Sadjadpour, an analyst with the Carnegie Endowment for International Peace, said Washington may target the Revolutionary Guard, which “are managing Iran’s nuclear programme, liaising with extremist groups throughout the Middle East, and  overseeing the brutal suppression of non-violent protesters.”

She told AFP that punishing the Guard “makes sense because it potentially kills several birds with one stone”, without alienating the Iranian opposition.

Aside from it nuclear disagreement with the West, Iran is facing unrest at home from opposition protesters following the country’s disputed presidential polls in June. 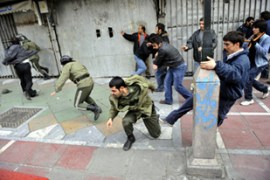 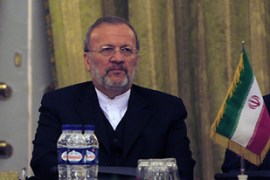 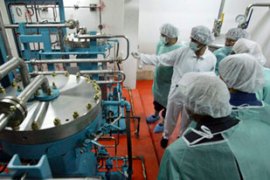