Abdulmutallab passed through a security check that included a hand baggage scan and a metal detector, during the lay over in Amsterdam on Friday, Ter Horst said.

For his part, Erik Ackerboom, head of the Dutch counterterrorism bureau, dismissed suggestions that Abdulmutallab should have aroused suspicion when he paid for a round-trip ticket from Lagos to Detroit in cash and had no check-in luggage.

Paying cash in Africa is not unusual, he said, and the lack of a checked suitcase “wasn’t a reason for alarm”.

Schiphol airport already has 15 body scanners, but privacy concerns have restricted their use and the issue has been previously raised in the European parliament.

Speaking to Al Jazeera, Ter Horst said: “We will use them for American passengers flying to the United States and we do not need the approval of the European parliament.”

Nadim Baba, Al Jazeera’s correspondent in The Hague, said: “We’ve been hearing from people in the Netherlands that they are quite willing to undergo that [full-body scanning] to make sure that they’re safe when they travel.

“The Dutch authorities want to widen the use of these full-body scanners that can see through people’s clothes.

“Now there have been objections to that in Europe for privacy reasons, and health reasons, and not so long ago the European parliament actually blocked the introduction of these full-body scanners across Europe.

“They did allow Schiphol airport to introduce them on a reduced basis and they [the Dutch authorities] say that they’ve tweaked the technology now so that a computer, rather than a person, looks at the first image, so the privacy issue is now out of the way they say.”

Abdulmutallab carried 80 grams of the highly explosive PETN onto the Northwestern Airlines flight, and allegedly assembled the device in the aircraft’s toilet.

He is then believed to have attempted to detonate the device with a syringe of chemicals.

Part of the aircraft’s cabin wall was set alight and Abdulmutallab suffered burns, before the situation was brought under control by passengers and crew.

Schiphol airport was said to have carried out the required security checks correctly and US authorities had cleared the passenger list.

The New York Times reported on Wednesday that two US officials, who it did not name, had said that the US government had intelligence from Yemen before Christmas Day that leaders of a branch of al-Qaeda had mentioned that “a Nigerian” was being prepared for a terrorist attack.

“No suspicious matters which would give reason to classify the person involved as a high-risk passenger were identified during the security check,'” Ter Horst said.

She said that full-body wave scanners are able to identify chemicals, unlike metal detectors currently used on passengers.

Speaking to Al Jazeera, Norman Shanks, ex-head of security at the British Airport Authority, said: “Since 9/11 there have been significant increases in airport security.

“The European Community then set common standards for all its states and some others joined those measures, such as Switzerland.

“These are higher than other nations’ standards.”

Shanks said that trials of body scanners had been held at airports, for example at Schiphol and London’s Heathrow, and that they are quite effective in identifying items under clothing.

“The reason they are not used as a matter of routine is the belief held by many people that it infringes human liberties,” he said.

It will also require extra space and time to scan passengers.

“I think we will see a growing trend towards observation of passengers to select those who appear not to be acting normally,” Shanks said.

“This has been called profiling, but it is assessing people’s behaviour.” 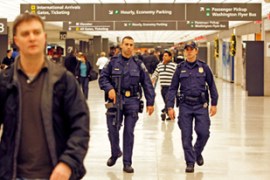 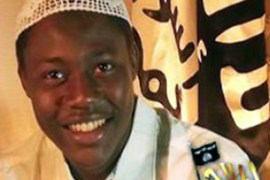 Statement on website says failed bombing bid was to avenge US operations in Yemen. 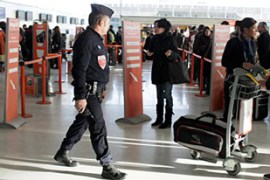 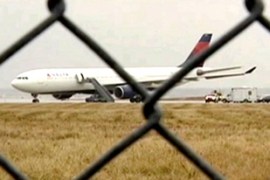