That move turned what had been a 15 minute drive for tens of thousands of Palestinians into an hour of travel on dirt roads.

The court ruled the military did not have the authority to permanently limit Palestinian travel along the West Bank section of the road as such a move “in effect transforms the road into a route designed for ‘internal’ Israeli traffic alone”.

It gave the military five months to implement its ruling.

The court also ruled that the closure of the road “does not benefit the local population, from whom lands were appropriated to build it”.

In an earlier case, in 1982, when the land for the road was being appropriated, the military authorities told the court that the road would benefit Palestinians.

About half of the 32km highway runs through the West Bank and Palestian travel had been restricted from Beit Sira village and five others.

A paved road was opened for Palestinians last year to ease some of the pressure caused by the highway closure.

But Hassan Mafarjeh, the Palestinian mayor of Beit Liqya one of the villages near the highway, said the alternate road was not a solution.

“We reject the principle that our land is expropriated to build more roads,” he said.

Under existing regulations, sections of the road that lie in Israeli territory will remain closed to Palestinian vehicles, as are all Israeli roads.

About 160km of roads in the West Bank remain off limits to Palestinians. 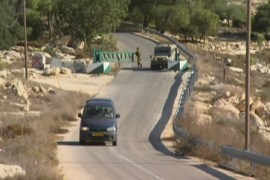 Road restrictions in the West Bank 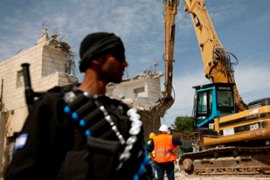