According to the China Written Works Copyright Society, tens of thousands of books by hundreds of Chinese authors have been added to Google Books, the US Internet giant’s project to digitise millions of books and post them online.

The state-run Global Times newspaper reported on Monday that representatives of the society said that talks with Google on the issue were “progressing well”.

“First we want Google to admit their mistake and apologise, then we can talk about compensation,” it quoted Zhang Hongbo, the society’s deputy director-general as saying.

“At the same time, we don’t want Google to give up China in its digitised library project.”

Thomas Crampton, a digital media specialist with Ogilvy Public Relations Worldwide, said that the case was an example of the clash between digital and analogue cultures.

“We have seen this played out between publishers and Google over newspapers and now we are seeing it with books,” he told Al Jazeera from Hong Kong.

“Google says that all they are doing is putting snippets out, little bits of text that allow people to know about the book, almost as a form of advertising for the book.

“But from the authors’ point of view they feel violated. This is my intellectual property, what I have written and you are putting it out there on the internet and profiting either indirectly through sales – which in this case is not true – or indirectly through advertising.

“You might argue that they are the most innovative and they are building this platform first, and they are allowing people to access this information first … but they are coming up against a lot of copyright laws, most of which were written well before the internet era.”

The Google Books project has also raised objections from authors and publishers in the United States, France, Germany and other countries.

Google reached a settlement with US authors and publishers last year over a copyright infringement suit filed in 2005.

Under the deal, Google agreed to pay $125 million to resolve outstanding claims and establish an independent unit to provide revenue from sales and advertising to authors and publishers who agree to digitise their books.

On December 18, Google was ordered to remove extracts of French literary texts from the Google Books service.

A Paris court ruled the company had broken the law by publishing extracts from books without consent.

It ordered the company to pay a fine of $14,300 a day until it removed the extracts from the site. 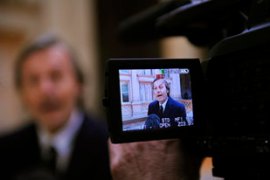