“Hopefully their [search] flights will not be fruitless and they may find a few more of the missing,” he told a local radio station.

“We always hope that there will be survivors.”

Balilo said passengers were equipped with a sufficient number of life vests and emergency rafts.

The ferry also had nine cargo lorries onboard, and was on its way to Batangas.

“I was sleeping on a bench but soon found myself clinging on a floater [life ring],” he said after a rescue ship took him to Batangas.

“There were dozens of people on the water crying for help and calling out the names of their family members and relatives. I don’t know what happened to my mother and elder sister.”

Senator Richard Gordon, the head of the Philippine National Red Cross, told reporters that survivors had suggested that there had been little time to warn passengers before the ferry went down.

“Based on my interviews with the rescued crew and passengers, the ship even failed to send out distress signals and to inform all those onboard about the ship’s conditions,” he said.

“Many jumped into the water without life jackets.”

Earlier in the week, a passenger ferry collided with a fishing boat near Limbones island in the north of the country, leaving at least three people dead.

Ferries form the backbone of mass transport in the archipelago nation of 92 million people, and sea accidents are common due to tropical storms, badly maintained boats and weak enforcement of safety regulations. 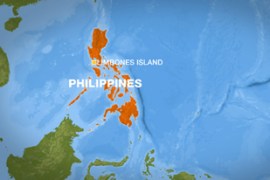