But Barack Obama, the US president, has vowed to change that, making the overhaul of medical care a key part of his domestic agenda, despite widespread controversy over the changes.

Speaking on Wednesday to National Public Radio, Obama defended the changes against criticism from some in his party that he had given away too much ground in order to see the bill passed.

“This notion, I know, among some on the left that somehow this bill is not everything that it should be … I think, just ignores the real human reality that this will help millions of people and end up being the most significant piece of domestic legislation at least since Medicare and maybe since Social Security,” he said.

Obama said the legislation “provides enormous protections to families” and paves the way for “additional community health clinics across the country for people who have trouble accessing medicine”.

He also insisted the healthcare overhaul – the most sweeping in the US for decades – would be “deficit-neutral”.

If the bill passes the senate, as expected, it will set up potentially tough negotiations in January to iron out differences with the House of Representatives, which approved its own version on November 7.

The senate version of the reforms does not include a government-sponsored insurance option, instead requiring Americans to buy private coverage.

That has angered critics in Obama’s Democratic Party who see the so-called public option as key to forcing private insurers to offer better coverage.

Harry Reid, the senate Democratic leader, said on Wednesday before the final vote: “It’s been a long, hard road for all of us.

“We stand a few short steps from the most significant finish line we’ve had in congress for many decades.”

The estimated cost of the senate bill is $871bn, well below the more than $1trn estimated for the competing bill from the House of Representatives.

While it is projected that the changes will extend coverage to 31 million Americans, it will leave another 16 million illegal immigrants uninsured.

Under the bill Americans would be required to buy insurance or face fines that could eventually be as high as two per cent of their income.

To pay for the changes, the senate bill would charge a 40 per cent tax on the most expensive insurance plans.

Under the competing House bill, the cost would be covered by taxing the wealthy.

Either way, when the bill is passed and signed into law, it still will not fully go into effect until 2014. 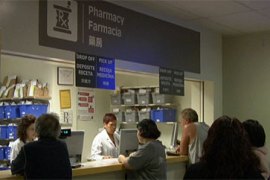 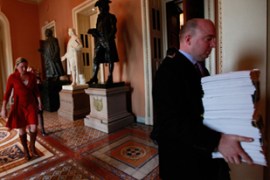 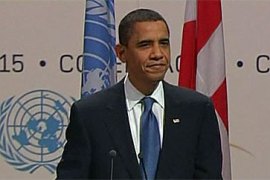 After nearly one year in office, supporters of US president are disappointed. 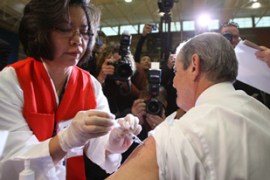 Democrats vote to open crucial debate on healthcare reform bill in the US senate.