Training Afghanistan’s security forces is a key part of the United States’ withdrawal strategy. US forces can’t leave until an Afghan national army and police are ready to take over.

But while top officials say the national police are improving, the marines doing the actual teaching have likened the task to directing a kindergarten class.

Al Jazeera’s Clayton Swisher caught up with some of the trainers in Garmsir, a small town in southern Helmand Province, to report their experiences. 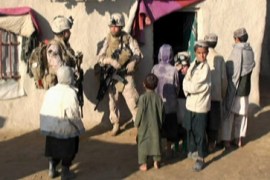 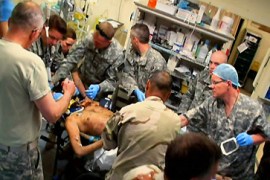 Teams in Afghanistan tackle series of obstacles to provide care to injured soliders.