More than a dozen men reportedly broke in the door of the home in the eastern Mexican state of Tabasco with a sledge hammer before opening fire in the living room and bedrooms.

“These outrageous actions show the lack of scruples of organised crime in mowing down innocent lives,” he said in a public speech.

Police said a joint police, army and navy team was searching for the killers, who were suspected of working with the Beltran Leyva cartel.

The Mexican government had hailed the death of Levya as a major blow to organised crime in the country, but cautioned its citizens that violent retributions might only increase in the short term, Al Jazeera’s Franc Contreras, reporting from Mexico, said.

“The brutal murders of Codova’s family members seem an affirmation of that grim prediction,” he said.

In an unrelated attack, armed men fired on and killed the tourism secretary in the western state of Sinaloa – a stronghold for drug-trafficking gangs.

Local media also reported that gang members fired on a restaurant in the northern city of Piedras Negras, where government officials had been meeting the mayor of Eagle Pass, a US border town in Texas.

Calderon has deployed more than 45,000 army troops across Mexico in a bid to secure the population and weaken cartel strongholds.

Despite these measures, more than 7,000 drug-related deaths have been reported this year.

Government officials say revenge killings complicate their efforts to attract new army and police recruits, and raises fears among those already involved that their families are at risk. 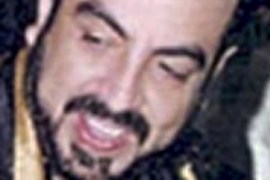