David Strahan, a London-based energy strategist, said that there was no real justice for any move other than maintaining the status quo.

“Opec could hardly cut production at the moment as it is enjoying quite substantial prices, oddly high prices I think given the fundamentals of the market at the very minute,” he told Al Jazeera.

“$70 to $80 a barrel, that’s great for them, state budgets are balanced at that price, they are making quite a bit of money.

“There was also no incentive for them to increase production and the economic recovery, such as it is, seems able to survive these current prices.”

But Manouchehr Takin, a senior analyst at the Centre for Global Energy Studies, said the world economy was still struggling and likely downward pressure on prices could lead to more restrictions.

“It could be, if this trend of low demand continues towards the end of 2010, there could be great [downward] pressure and the price will come down to maybe $60 or so – and before that time Opec might have to cut production [to raise prices],” he told Al Jazeera.

Experts say stockpiles of crude could weaken the market when demand falls in the spring.

Abdullah El-Badri, Opec’s secretary-general, said earlier that raising production levels next year is “not on our radar at this time”.

“But if you look at fundamentals, especially inventory … the stocks, they are a bit high,” Badri said. “So we have to do something about this.”

Opec ministers are also likely have one eye on Iraq’s recovering oil industry and its ambitious plans to ramp up its production to levels that could rival Saudi Arabia.

But Hussein al-Shahristani, Iraq’s oil minister, said that he did not expect to tackle the question of production allowances for Iraq, which he said was a special case as it was recovering from war.

“I don’t expect any discussion on setting quotas or even discussing till we reach the point when there is a significant increase of Iraqi production,” he said.

That increases is not expected for another two or three years.

Iraq is currently exempt from the group’s system of quotas, which seek to limit production by members in order to stabilise prices.

El-Badri also said a discussion of quotas for Iraq was unlikely to be on Tuesday’s agenda.

“One day … we will discuss it and surely we will accommodate them.”

Angola raised its international profile by joining Opec in 2007 and the country overtaken Nigeria as Africa’s biggest crude producer, according to the International Energy Agency.

But the country still suffers from the legacy of three decades of civil war and millions of Angolans still live in poverty and hunger with little access to clean water. 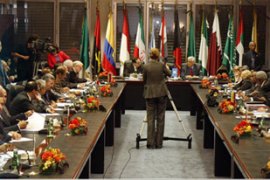 Opec signals ‘no change’ to output 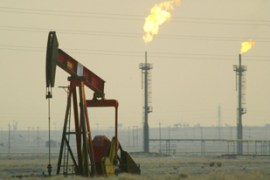