The army has secured the site of the attack, which is located near open fields in Deir Ammar district about 5km north of Tripoli.

Ahmed Eid, the mayor of Deir Ammar, denounced the incident, which comes a day after Saad al-Hariri, the Lebanese prime minister, ended a two-day visit to Damascus.

It was Hariri’s first visit to Syria since the 2005 assassination of his father Rafiq al-Hariri, a former prime minister, whose killing al-Hariri has blamed on Damascus.

“This could be an isolated incident but there are some who will try to take political advantage from it,” Eid said.

Muallem also asked Chami “to inform Syria, without delay, of the results of the investigation, the identity of the attackers and who is behind them,” Sana said.

Syria was the main power-broker in Lebanon for nearly three decades until April 2005 when it pulled its troops out of the country under international and regional pressure, two months after the assassination of al-Hariri.

Thousands of Syrian labourers work in Lebanon, mainly in construction. 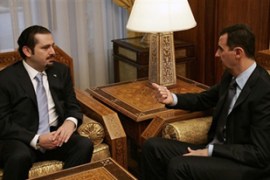 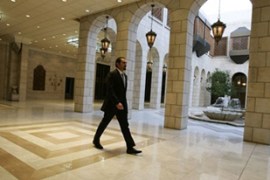