Nancy Scheper-Hughes, who conducted the interview, told Al Jazeera on Monday that Hiss had said the “body parts were used by hospitals for transplant purposes – cornea transplants. They were sent to public hospitals [for use on citizens].

“And the skin went to a special skin bank, founded by the military, for their uses”, such as for burns victims.

The interview was also reported on Israel’s Channel 2 television, which quoted an Israeli military statement that said: “This activity ended a decade ago and does not happen any longer.”

Israel’s health ministry said in the Channel 2 report that at the time the guidelines for transplants “were not clear” and that for the last 10 years “Abu Kabir has been working according to ethics and Jewish law”.

Scheper-Hughes, who is a professor of anthropology at the University of California-Berkeley, said that she made the interview public because of the controversy last summer over allegations of organ harvesting made by a Swedish newspaper.

In August the Aftonbladet newspaper ran an article alleging that the Israeli army had stolen body organs from Palestinian men after killing them.

Israel denied the claims, calling them anti-Semitic, and the incident raised tensions when Sweden refused to apologise for the article, saying that press freedom prevented it from intervening.

Donald Bostrom, the journalist who broke the story in Aftonbladet, told Al Jazeera: “UN staff came to me and said that you have to look into this very serious issue. Palestinian young people were disappearing in the areas and five days later they appear back in the villages with an autopsy done on them against the will of the families.

Bostrom said that there is no proof that people were killed for their organs but that an investigation is needed to find out whether there was a policy in place or if the bodies used were random.

Bostrom added that Hiss is the “main key” to solving such unanswered questions, but that there would also be other people involved who could help uncover the truth.

Scheper-Hughes said that some of the dead Palestinians from whom organs were harvested were killed during military raids.

“Some of the bodies were definitely Palestinians who were killed in conflicts,” she told Al Jazeera.

“Their organs were taken without consent of families and were used to serve the needs of the country in terms of hospitals as well as the army’s needs.”

She said that Hiss told her “that the people who did the harvesting were sent by the military. They were often medical students”.

“He did it informally and without permission, and it was technically illegal,” she said.

The military establishment gave their “sanction and approval” to the procedures, according to Scheper-Hughes.

During his interview with Scheper-Hughes, Hiss said that the eyelids of bodies were glued shut to prevent the removal of corneas being found out.

Hiss was dismissed as head of Abu Kabir in 2004 over irregularities in the use of organs, but charges against him were eventually dropped. He still holds the position of chief pathologist at the institute. 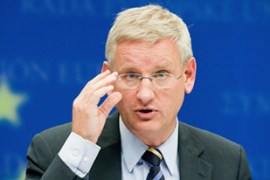