More than 2,000 passengers were trapped inside the trains on Friday and Saturday after six trains broke down.

Eurostar said it hoped to resume services on Tuesday but that it had suspended operations through Monday while trains which were modified overnight are tested to check if they can cope with more snow expected in northern France.

The company said on Sunday that it needed to modify the snow screens and snow shields in the trains’ locomotives.

More than 50,000 people have seen their journeys cancelled as a result of the disruption.

Eurostar announced on Monday that it had commissioned an independent review into the problems.

In a statement, it said it had named one French and one British expert to lead the review.

“The transport ministry will start an inquiry to find out what happened, I’ve just talked to the prime minister [Francois Fillon] about it,” Bussereau said during a visit to China with Fillon.

“We demand that the reasons behind the breakdown are found,” Bussereau said, adding that measures must be taken so this kind of problem would not occur in the future.

Eurostar carries about 40,000 people a day between England and continental Europe.

The suspension of its services, coupled with problems with cross-Channel ferries and bad weather, has helped cause considerable disruption to traffic in southeastern England.

Harsh weather has swept across Europe with 42 people having died of cold over the past three days in Poland after temperatures plunged to -20C.

The deaths brought the country’s death toll since the start of December to 69.

The majority of the victims were homeless men aged between 35 and 50, who died while drunk, said Puchalska on Monday.

The toll is not unusual in Poland, where harsh winter conditions are common.

In France, the electricity grid was forced to cut off power to around two million people in the southeast in order to avoid a massive regional blackout, the operator said.

The country was forced to import power earlier than normal this winter and has warned that cold weather could force cuts because of near record consumption and delays to maintenance in its network of nuclear power stations.

Snowfall disrupted road and rail transport in Spain and forced the cancellation of dozens of flights as well as a friendly football match in Madrid between Ecuador and Peru. 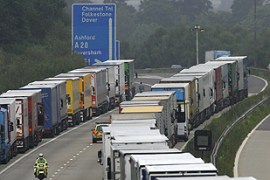 Traffic remains suspended but officials say fire has been put out.