The Cambodian government said the Uighurs were being deported for breaking immigration laws and entering Cambodia illegally.

The decision came ahead of a visit to Cambodia on Monday by Xi Jinping, China’s vice president.

Cambodian officials are hoping the visit will boost commercial ties with China, which is already Cambodia’s biggest single investor.

Xi is expected to sign several deals related to infrastructure construction, grants and loans to Cambodia during his visit.

The 20 Uighurs sent back to China are believed to have been smuggled into Cambodia in recent weeks and had applied for asylum at the United Nations refugee agency office in Phnom Penh.

They are thought to have fled China following July’s ethnic riots in Xinjiang that left nearly 200 people dead and hundreds of others injured, according to the Chinese government.

The violence erupted when Uighurs – a mainly Muslim minority that has long complained of repression under Chinese rule – attacked members of China’s Han ethnic majority.

At least 17 people have so far been sentenced or put to death for their roles in the unrest, and dozens more are thought to be in jail awaiting trial.

“Recently, Cambodia deported 20 Chinese citizens in accordance with immigration laws for illegal entry into Cambodia. China received these people in accordance with usual practices,” China’s foreign ministry said in a brief statement on the issue on Sunday.

“China is resolutely opposed to and will crack down hard on people smuggling, and believes the international community should step up cooperation to combat these crimes together,” it added.

Human rights groups have said they feared for the lives of the Uighurs if they were deported to China. 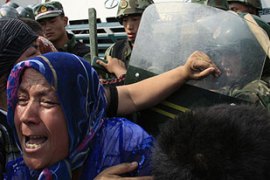 Asylum-seeking Uighurs sent back to China amid warnings from human right groups. 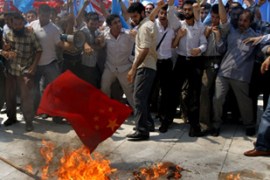 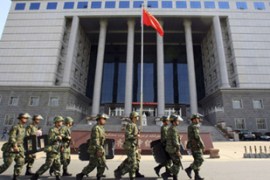 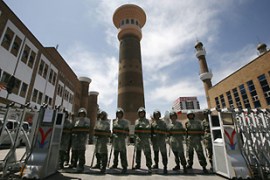