Total Iraq exports stand at around two million bpd of crude oil, and all its exports from the north flow through the pipeline to Ceyhan.

After an 18 month period of calm, oil pipelines became targets again on October 26 and there have been a number of attacks since.

The latest attack comes as new contracts for the exploitation of seven oil fields were awarded to international consortiums in Iraq’s second auction since the US-led invasion in 2003.

A total of 10 Iraqi oil deals have now been awarded to foreign companies.

The oil ministry said that together these should allow Iraqi oil  production to rise to 12 million bpd, from 2.5 million bpd now, a  level that would rival the world largest oil producer Saudi Arabia.

But the legality of the deals has been questioned.

Iraq’s former oil minister, Issam al-Chalabi, told Al Jazeera on Sunday that the new contracts do not even conform to existing law.

“Iraq’s current law requires the government to obtain parliament’s endorsement, but the oil ministry continues to offer contracts without referring to parliament.

“Last year Iraq collected over $80 billion in oil revenues, but this has not even lead to the provision of the simplest services … services such as water and electricity”, al-Chalabi said.

Shell, along with Malaysia’s state-run Petronas, won the rights in an energy auction earlier this month for the field, a major oil prize near Iraq’s southern oil hub of Basra. Shell has a 60 per cent stake in the consortium, while Petronas holds 40 per cent.

Mounir Bouaziz, a senior Shell executive, and Abdul-Mahdy al-Ameedi, deputy director of the oil ministry’s licensing office, signed the initial agreement in the Iraqi capital, Baghdad. It must now be sent to the cabinet for approval.

Majnoon has reserves of 12.6 billion barrels, making it one of the world’s largest untapped oilfields.

The Shell group proposed a per-barrel remuneration fee of $1.39, pledging to increase output to 1.8 million bpd from a current production level of 45,900 bpd. 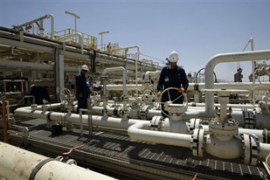 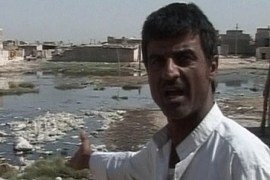