His funeral will be held on Monday and he will be buried in the shrine of Masoumeh, a revered Shia figure, in Qom, his office told AFP.

“Thousands of people from Isfahan, Najafabad, Shiraz and other cities have left for Qom to take part in his funeral,”  Parlemannews.ir, the website of the parliament’s reformist faction, reported.

Ghanbar Naderi, an Iran Daily journalist, told Al Jazeera: “This is huge blow to the reformist camp, because he is unreplaceable and nobody is happy to hear about his sad demise.

In August, Montazeri described the clerical establishment as a “dictatorship”, saying that the authorities’ handling of street unrest after the disputed election in June “could lead to the fall of the regime”.

“I hope authorities … have the courage to announce that this ruling system is neither a republic nor Islamic and that nobody has the right to express opinion or criticism,” Montazeri said in August this year.

Alireza Ronaghi, Al Jazeera’s correspondent in Tehran, said that Montazeri’s statements were significant because he was once in line to succeed the late Ayatollah Khomeini as Iran’s supreme leader.

But Seyed Mohammad Marandi, a political analyst at the University of Tehran, told Al Jazeera in August that Montazeri has been “saying the same thing for around 25 years”.

“After his inner circle was discovered to be linked to Mujahedin terrorists based in Iraq, he was isolated by the reformists,” he said.

Baqer Moin, an Iranian journalist and author, told Al Jazeera that Montazeri’s absence would be “greatly felt across the country”, both among the faithful and among reformists.

“He was the most heavy weight among them [the reformists].  He had great popularity because he was a humble man, he was a simple man … and above all he was very courageous. 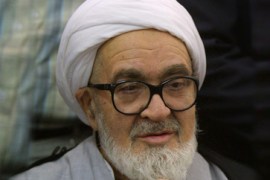 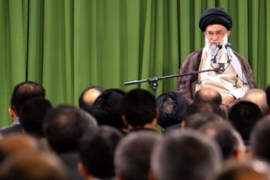