Al Jazeera’s correspondent in the Afghan capital, James Bays, said his sources at Nato told him the alliance could send as many as 7,000 troops.

“The reason the figures are still fluent is that some countries are still requiring a bit more arm twisting.

“Nato foreign ministers are meeting over the next few days but some key countries, for example Germany, won’t make a final decision until after a conference on Afghanistan in January.”

Rasmussen said he would recommend that the Nato-led International Security Assistance Force (Isaf) begin handing over responsibility for security to Afghan forces as soon as next year, if conditions allow.

“We are not speaking about an exit strategy, but a transition strategy,” he said.

“Transition means that foreign troops will gradually be replaced by Afghan security forces, so it will not be a weakening of security.”

Our correspondent said the Nato chief used a “slightly different language” from that used by President Obama, who said US troops would leave Afghanistan in 18 months time.

“Rasmussen said the transition to Afghan security forces was not an exit strategy. He said this mission will last as long as it takes.

“As secretary-general of Nato, Rasmussen has no domestic political concerns on his own, unlike the US president who’s trying to persuade the US people why their troops should be in harms way.”

The Polish government is minded to send 600 more troops for the Nato-led mission, but the plan still needs to be accepted by the president.

“The government is inclined to send 600 more troops, but there is a whole procedure to follow and it needs the president’s approval,” Barbara Bartkowska, a defence ministry official told Reuters news agency on Wednesday.

The Spanish government may send an additional 200 troops in response to a request from the United States, according to the newspaper El Pais.

General Stanley McChrystal, the senior US and Nato commander in Afghanistan, has said 40,000 additional troops are needed to counter fighters from the Taliban movement.

A statement from the office of Nicolas Sarkozy, the French president, described Obama’s announcement as “courageous” but said France would wait until an international conference on Afghanistan in January to review whether it would increase its contribution.

“The [French] president offers his full support and calls on all countries which want to help the Afghan people to back it,” the statement said.

But Herve Morin, the French defence minister, said on Monday that France had no plans to raise troop levels in Afghanistan and that countries should put more emphasis on aid as a way of helping the nation.

Waning public support in Europe for the Afghan war and financial strain caused by the global economic crisis have discouraged countries from increases their forces. 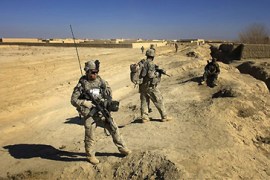 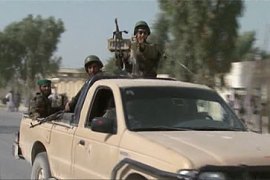