Announcing the decision the Obama administration sought to assure Americans that none of the detainees previously held at Guantanamo would be released into the US, even after the conclusion of any trials.

“The president has no intention of releasing any detainees in the United States,” a letter signed by senior US national security aides, including Hillary Clinton, the US secretary of state, said.

But Republicans were quick to criticise the plan as a security risk, while others have questioned the legal authority for holding prisoners indefinitely without trial on US soil.

Mitch McConnell, a US Republican senator, said Americans and Congress had “already rejected bringing terrorists to US soil for long-term detention, and current law prohibits it.”

“The administration has failed to explain how transferring terrorists to Gitmo North will make Americans safer than keeping these terrorists off of our shores in the secure facility in Cuba,” he said.

Congress enacted a law barring Guantanamo detainees from being brought onto US soil except if they were going to be prosecuted.

But Democrats, who control both houses of Congress, have indicated they are willing to lift that restriction if the administration comes up with an acceptable plan for dealing with the prisoners.

Other critics said that the move would make it more difficult to secure convictions for the suspects.

Lamar Smith, who is part of the US house of representatives judiciary committee as well as a republican ranking member of Texas, said the move would give “terrorist enemy combatants access to the same rights as US citizens.”

“Once on US soil, whether detained in a prison or awaiting trial, Gitmo terrorists can argue for additional rights under the constitution that may make it harder for prosecutors to obtain a conviction,” Smith said in a statement.

The defence department will operate part of the prison, according to the announcement on Tuesday and security will be increased across the facility.

The Thomson Correctional Centre was built in 2001 to maximum-security specifications, and after acquisition it will exceed standards at the country’s only “supermax” prison in Florence, Colorado, where there has never been an escape or external attack, it said.

The letter from the Obama administration addressed to the governor of Illinois said that the decision would help solve the country’s prison shortage problem as well as the problem of what to do about the controversial Guantanamo facility.

“Not only will this help address the urgent overcrowding problem at our nation’s federal prisons, but it will also help achieve our goal of closing the detention centre at Guantanamo in a timely, secure, and lawful manner,” it said.

But Ramzi Kassem, a lawyer for several detainees held in Guantanamo and at Bagram in Afghanistan, told Al Jazeera the transfer made little real legal difference.

“The Obama administration has simply decided to move a lot of what was wrong with Guantanamo to this facility in Illinois,” he said.

He said Guantanamo detainees were already subject to US legal jurisdiction following a supreme court ruling of June 2008.

“But the issue really then becomes – is it appropriate, given candidate Obama’s promises, to have moved the military commission and to have moved this notion of indefinte detention to a new place.”

Obama ordered the Guantanamo Bay facility, which currently holds about 210 inmates, to be closed by January 22, but has admitted that the deadline will slip because of problems in deciding what to do with the prisoners.

In a joint statement Pat Quinn, the Illinois governor, and Dick Durbin, the Illinois senator, said that the prison had been sitting empty for eight years and the government acquisition would create 3,000 jobs.

“This is an opportunity to dramatically reduce unemployment, create thousands of good-paying jobs and breathe new economic life into this part of downstate Illinois,” they said.

Illinois officials and legislators had lobbied hard to bring the Guantanamo detainees to the state. 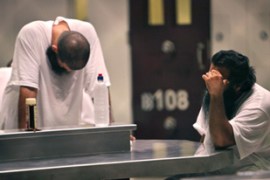 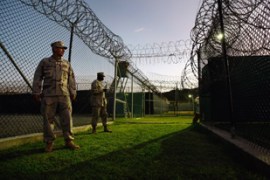 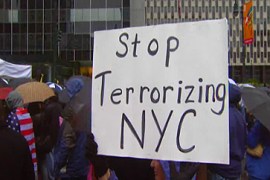 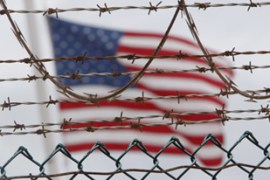