“However, the prime minister has appointed me as his special representative and I will thus continue to negotiate the … outcome with my colleagues,” she said.

“There is no suggestion behind the scenes that there is any frustration, on Connie Hedegaard’s part, of a failure to reach some sort of draft agreement here,” Fisher said.

“There’s no question that the Danish government is even concerned about Hedegaard, and the way she’s conducted proceedings here.”

The announcement came the same day that Danish police detained at least 100 protesters in the country’s capital, for attempting to break into the UN conference, where representatives are negotiating a new global warming deal.

World leaders have begun arriving at the 12-day talks as they enter their final stretch.

Barack Obama, the US president, and Wen Jiabao, the Chinese prime minister, are expected to arrive in the last few days of talks.

Police detain more than 100 people for trying to break into Copenhagen conference. 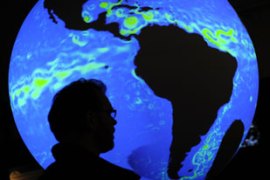 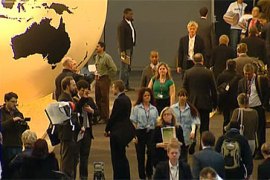