Steve Chao, Al Jazeera’s correspondent in Kabul, said: “This has happened in an area that has a lot of foreign offices – it is near the US embassy.

Shah Asmat, an aide to the former vice-president, said he believed that the bomber had intended to attack Massoud’s home.

“Of course we were the target,” Asmat said.

“Before, the Taliban killed [Ahmad Shah] Massoud. Now, they tried to kill his brother.”

Reports say that the blast was heard by government officials, politicians and foreign representatives gathered in another part of the city for an anti-corruption conference hosted by Hamid Karzai, the Afghan president.

The three-day meeting, Karzai’s first official act since he was sworn in as president for a second term, is a response to calls from his Western backers to make the country’s government more transparent.

“Hamid Karzai stressed at the conference that he is committed to cleaning up government. He said that he will make every Afghan employee accountable, in terms of their earnings and their properties,” Chao reported.

“Over the next year, there will be investigations of Afghan employees since 2001, in terms of how much they earn and what property they have.”

US and members of the Nato military alliance, which both have thousands of troops in Afghanistan, have welcomed the conference, but have also expressed doubts as to what will be achieved.

“We think the conference is certainly a step in the right direction in that it’s important to see the government of Afghanistan addressing corruption issues,” John Groch, a US embassy spokesman, said.

“At the same time, however, we’re eager to see the government move forward with action.”

Karzai has come under growing international pressure to take a tough line against government officials suspected of corruption, particularly in the wake of the fraud-tainted presidential poll that took place in August.

Karzai was declared the winner by default when Abdullah Abdullah, his main challenger, pulled out, citing irregularities.

Kai Eide, the senior United Nations representative in Afghanistan, had said earlier in October that there had been “widespread fraud” during the elections.

The calls for the Afghan government to crack down on corruption comes as thousands more US troops prepare to deploy to the country to battle fighters loyal to the Taliban and al-Qaeda.

Barack Obama, the US president, last week ordered 30,000 more soldiers to be sent to the country, following a request by the senior commander of US and Nato forces for more boots on the ground.

The US’s senior military officer said on Monday he was increasingly concerned about the threat posed by Taliban and al-Qaeda fighters sheltering on the Pakistani side of the Afghan border.

Admiral Mike Mullen, chairman of the US joint chiefs of staff, said during a visit to Afghanistan that violence across the country was likely to become more severe in the coming months, with fighters holding the upper hand across about a third of Afghan provinces.

“I remain deeply concerned by the growing level of collusion between the Afghan Taliban and al-Qaeda and other extremist groups taking refuge across the border in Pakistan,” Mullen said.

“Getting at this network, which is now more entrenched, will be a far more difficult task than it was just one year ago. 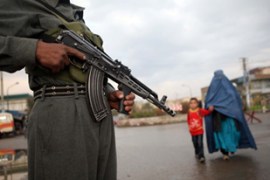 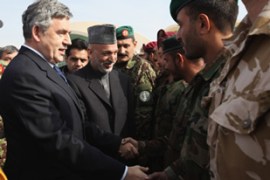 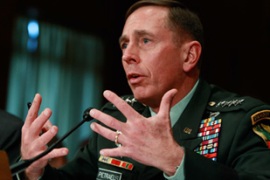 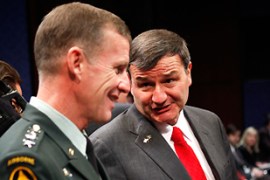