“It was a terrorist activity, similar to those being carried out in other parts of the country.”

“There is smoke and people running here and there.”

“The hospital in the town has been crowded by people looking for their relatives. Rescue efforts are still going on,” he said.

An emergency has been declared at all local hospitals.

Zulfiqar Khosa’s son, Dost Mohammad Khosa, told The Associated Press that the bombing was “a direct attack on us” and that two of his cousins were among the wounded.

But Imran Khan, Al Jazeera’s correspondent in Islamabad, the Pakistani capital, said that it was unclear whether Khosa was the target of the bombing.

“Zulfikar Khosa is a close confidante of Nawaz Sharif, the former prime minister of Pakistan and the PML-N leader. It is the Islamic holy of Muharram right now, and Dera Ghazi Khan has seen violence take place [during that time],” he said.

“Muharram is a very holy month for the Shia community here in Pakistan. Ever since Muharram started, Shia community leaders have been saying that [they] need to have more security around holy sites.

“Shia leaders had said that Dera Ghazi Khan was one of the targeted areas and should be more secure.”

More than 500 people have been killed in bomb blasts in Pakistan since October, in violence blamed on pro-Taliban fighters who are battling an army offensive in the country’s northwest.

The US government has called on Islamabad to step up its efforts against Taliban- and al-Qaeda-linked fighters who cross over into Afghanistan.

However, Pakistan has said that it has to focus on a rising domestic insurgency which has killed more than 2,680 people in the last two-and-a-half years. 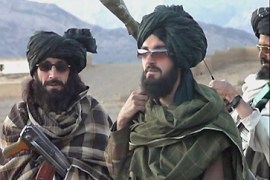 Fighters launch attacks on intelligence agency they claim is colluding with the US. 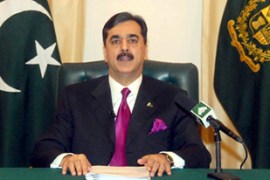 PM says similar operations against Taliban likely in other regions of the tribal belt. 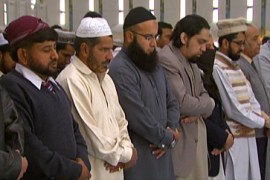