In return for the bailout funds, US authorities acquired 34 per cent of the bank’s capital, enabling it to impose constraints on management.

Under the repayment agreement, the government will sell its stake in the company and will no longer be able to impose caps on executive pay and dividends.

The news comes ahead of a planned meeting between Barack Obama, the US president, and the heads of the country’s biggest banks at the White House on Monday.

Obama is to urge the financial chiefs to help speed the country’s economic recovery by providing more loans to small businesses and homeowners.

Citigroup’s move comes just days after the Bank of America Corporation (Bofa) completed its repayment of the $45bn it received in bailout funds.

Under the terms of that agreement, the bank was to issue up to $18.8bn in securities that would convert into common stock once shareholders approved an increase in the bank’s shares.

The remainder of the $45bn would be repaid through $26.2bn in cash.

The US congress authorised $700bn for the financial rescue programme in October 2008, at the height of the worst financial crisis to hit the country since the 1930s.

The first $350bn was released in October, 2008, and congress voted to approve the release of the final $350bn in January this year.

Banks have already repaid about $70bn in support they have received from the bailout fund.

The San Francisco-based Wells Fargo is now the last large national bank that has not repaid its bailout funds.

Does the emirate’s crisis indicate a lack of economic co-ordination between Arabs? 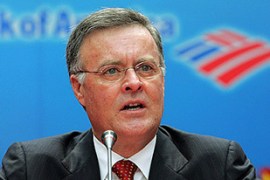 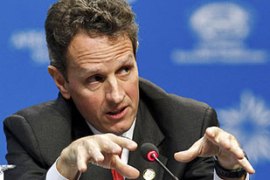