Sadat’s arrest comes five days after an Afghan court convicted his boss, Abdul Ahad Sahebi, Kabul’s mayor, of awarding a contract without competition and sentenced him to four years in jail.

He was also ordered to repay more than $16,000 involved in the contract.

Sehebi, who has appealed the conviction, is refusing government orders to give up his post and claims he is being targeted as part of a political vendetta.

The government departments involved in the case have so far failed to agree on who should enforce the court’s ruling.

The mayor was the first high-profile Afghan politician to be convicted since a task force was ordered by Hamid Karzai, the Afghan president, to target government officials suspected of criminal activity.

The solicitor general’s office is also looking into claims that Sehebi failed to account for millions of US dollars that were meant to pay for reconstruction projects. 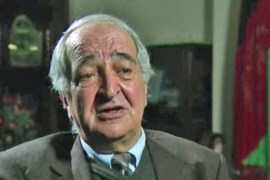 Afghan capital’s top official refuses to quit after being found guilty of corruption.