The mayor of Kabul, the Afghan capital, has refused to step down despite being sentenced to four years in jail for corruption.

Abdul Ahad Sehebi was stripped of his title as Kabul’s mayor after a court found him guilty of corruption after he leased a strip of land in the city to a businessman in exchange for a $17,000 bribe.

But Sehebi has told Al Jazeera that he will continue to lead the city.

“I never did a single move from the first up to now, for my personal benefit – [not] for one cent,” he said.

Sehebi was the first high-profile Afghan politician to be convicted since Hamid Karzai, the Afghan president, assigned a task force to target government officials suspected of criminal activity.

The government departments involved in the case have so far failed to agree on who should enforce the ruling against Sehebi.

The head of Afghanistan’s High Office of Oversight and Anti-Corruption says that allowing Sehebi to stay in his position could send the wrong message to other politicians who may try to break the law.

“They have made a total mockery of the whole rule of law – the fact that he is not in jail shows the weaknesses that we have in terms of our ability to enforce the rule of law,” he told Al Jazeera.

But Enayat Ullah, Afghanistan’s solicitor-general, has insisted that the government will continue its crackdown on corrupt officials.

“The decision of the court is clear… he is guilty of profiting from his position… we have ordered him to stop his duties as mayor… and he should be jailed,” he said.

The solicitor general’s office is also looking into claims that Sahebi failed to account for millions of US dollars that were meant to pay for reconstruction projects.

Sahebi has dimissed the claims and is appealing the conviction against him, saying that he is the target of a vendetta. 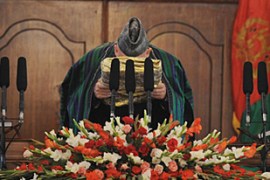 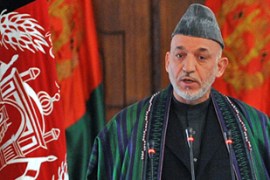