A scheduled meeting between Gates and Nuri al-Maliki was cancelled because the Iraqi prime minister was involved in a parliamentary questioning over the attacks.

US officials note, however, that the recent attacks have not triggered the kind of sectarian reprisals that they might have in the peak of Iraqi-on-Iraqi violence in 2006-07.

“The bombings are a tragic reminder it’s not over yet. There is still work to be done. This fight has to be carried out on a continuing basis,” Geoff Morrell, a Pentagon spokesman, quoted Gates as telling Talabani and other senior Iraqi officials.

Morrell said Gates had also insisted that the delay in Iraqi elections and the bloody attack this week would not derail US troop withdrawal plans.

Morrell said the attacks showed a pattern developing as al-Qaeda in Iraq and other terrorist organisations there “diminished” power and resources”.

Large-scale attacks like Tuesday’s are “sort of a desperate attempt to stay relevant and to try to destabilise the government of Iraq” and re-launch sectarian violence, he added.

The attackers struck just after Iraqi legislators and political leaders ended weeks of wrangling to set March 7 as the date for the national election, weeks later than the original date in January.

An al-Qaeda-linked insurgent group, Islamic State of Iraq, has claimed responsibility for the bombings and warned of more attacks.

“We are determined to uproot this government and pull down its pillars and target its points of strength,” the Sunni group, which considers Shia Muslims like al-Maliki heretics, said on an Islamist website.

“The list of targets will not end until the banner of one God is once again raised over Baghdad.”

Senior US military officials meanwhile have defended the Iraqi forces’ efforts even after al-Maliki expressed his displeasure by dismissing his head of security operations in Baghdad.

“It would be tough for any country, any government to prevent these kinds of attacks,” said Lieutenant-General Charles Jacoby, the number two US commander in Iraq.

Jacoby said that security vulnerabilities in Baghdad had been exploited in Tuesday’s bombings and called it a “complicated” situation.

“There are some obvious gaps” to Iraq’s ability to defend itself, but “they’re committed to it,” he told reporters.

Jaocoby said US forces “responded very quickly” and provided “crime scene investigation capabilities” when the Iraqi authorities asked for help but were “on track” regarding the pullout plan despite recent developments. 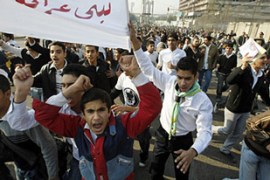 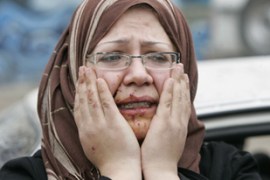 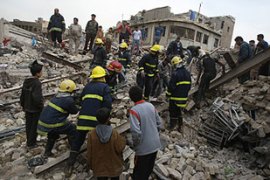 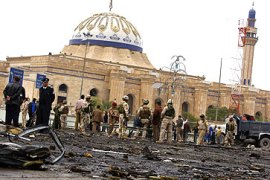