“I’m not gonna let go my rights as a citizen and as a president. I’ve been fighting to bring back the democratic order in Honduras.”

Mexico formally sought to secure safe passage for Zelaya on Wednesday, even dispatching a plane to the Honduran capital to collect the deposed leader.

Zelaya has been taking refuge in the Brazilian Embassy in Tegucigalpa since he returned from exile in September.

Leaving the country as a political refugee would effectively end his chances of being
reinstated as president until his term ends January 27.

“The Mexican government will continue its vigours activity behind the scenes.

“Mexico has a long-standing history of playing a role in helping political refugees … it is trying to poster itself as a key diplomatic centre for Latin America.

“If it can’t find a way trough this long-standing diplomatic entanglement that has been going on for months now, that of course will be a brownie point for the Mexican government.”

“This attitude of humiliation toward President Zelaya, to want him to sign documents [saying he is not president], is something I have never seen.”

“This condition laid down by the putschist government is unprecedented, they cannot create conditions Zelaya must meet before leaving the country,” he said.

Honduran officials have threatened to arrest Zelaya on a string of charges that include treason and corruption if he leaves the embassy, which has been surrounded by soldiers for months. 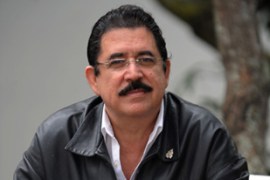 Plans for ousted president to leave have been put on hold, de facto government says. 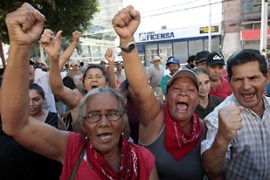 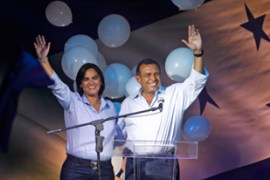 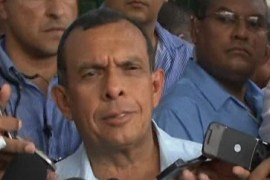