South Africa has the largest population of HIV-infected people in the world, and the previous government was heavily criticised for its passive efforts to fight the virus.

“Let there be no more shame, no more blame, no more discrimination and no more stigma. Let the politicisation and endless debates about HIV and Aids stop,” Zuma told a cheering crowd in Pretoria.

The new strategy include anti-retroviral drugs to all children under one year if they test positive and expanded treatment for pregnant women with Aids.

Before his speech, Zuma won praise from the United Nations for his approach to fighting Aids.

Michel Sidibe, the head of the UN Aids programme, who was in South Africa to mark World Aids Day, said on Monday that Zuma was “committed to making change happen”.

Zuma’s plans received a further boost from the United States, which promised $120m to support South Africa’s efforts to fight the virus in response to a request from Zuma’s government.

Zuma’s administration has set a target of providing 80 per cent of Aids patients with drugs by 2011.

But reports of shortages of Aids treatment drugs, known as ARVs, at some South African clinics have raised questions about whether the government has the money and the capacity for a massive rollout.

Zuma did not give details of how the government would fund the increased rollout of drugs but said all health institutions in the country would be ready to receive and assist patients with treatment and testing facilities.

Zuma’s policies mark a shift from those of Thabo Mbeki, his predecessor, and Mbeki’s health minister, who promoted betroot and garlic treatments rather than distributing Aids drugs.

In some ways, Zuma is an unlikely champion for Aids activists.

In 2006, while being tried on charges of raping an HIV-positive woman, he was ridiculed for testifying that he took a shower after sex to lower the risk of Aids.

He was acquitted of rape.

“Zuma will unveil a plan that will help his people live longer and target more HIV positive people on anti-retroviral drugs.

“Under the new conditions more people can get treatment earlier before they are too sick – this is a revolutionary turnaround from when Mbeki was president.

“Zuma says the era of denying a link between HIV and aids is now in the past. The country wants to move forward and the aim now is to stop as many young people as possible from dying of the disease,” she said.

An estimated 5.7 million of South Africa’s 50-million population are infected with HIV, the virus that causes Aids. Nearly 1,000 South Africans die every day of Aids-related diseases.

A study from the US university of Harvard has concluded that more than 300,000 premature deaths in South Africa could have been prevented had officials here acted sooner to provide drug treatments to Aids patients and to prevent pregnant women with HIV from passing the virus to their children.

About 33 million people worldwide are living with HIV/Aids and there are 2.7 million new cases each year. 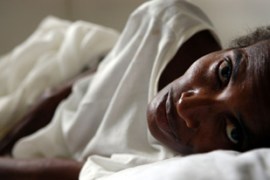 More than 33 million people are living with the virus as death rates fall.