In the other, several people driving a car fired at police by a checkpoint in Dagestan, injuring two officers, Tolchinsky said.

Earlier this year, Russia ended a 10-year “counter-terrorism” operation in Chechnya, a mainly Muslim region riven by two separatist wars since the 1991 collapse of the Soviet Union.

Chechnya, as well as neighbouring Dagestan and Ingushetia, remain the site of a deadly camppaign led by Muslim fighters against the pro-Kremlin local authorities, who in turn have been accused of human rights abuses.

Rights groups have said that arbitrary arrests, torture and extrajudicial killings by security forces have fueled violence in the region. 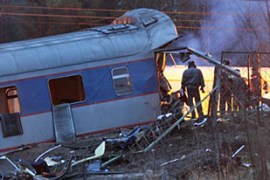 Adallo Aliyev, a poet who once befriended rebel leaders, reflects on region’s troubles. 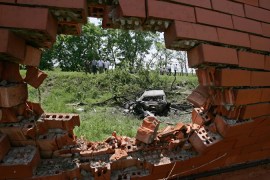